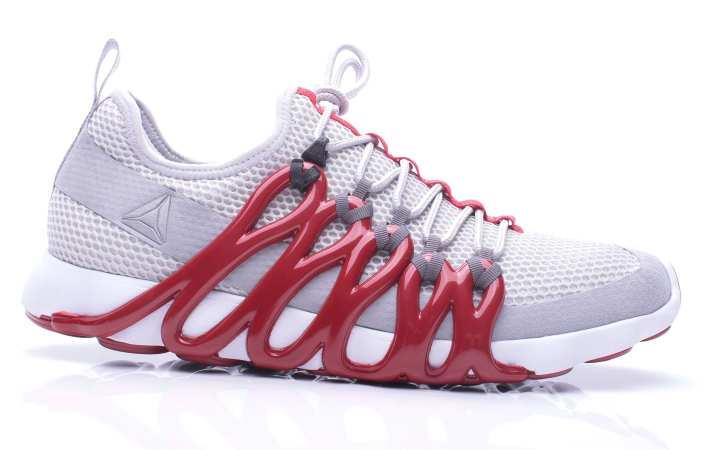 Reebok Liquid Speed Grey. Courtesy: Business Wire
Reebok, a pioneer in the sporting goods industry, has brought sneaker production back to the US by introducing Liquid Factory â a ground-breaking manufacturing innovation that could fundamentally change the process and speed of footwear creation. This has opened up new possibilities for both what can be produced and the speed at which they can be produced.
Â
Developed by the Reebok Future team, the Liquid Factory process uses state-of-the-art software and robotics to literally draw shoes in three dimensions. The new technique leverages 3D Drawing, where a proprietary liquid material, created especially for Reebok by BASF, is used to draw shoe componentry cleanly, precisely and in three-dimensional layers. This proprietary layering technique is used to create totally unique footwear, without the use of traditional molds.
Â
Spearheaded by Bill McInnis, head of Future at Reebok and a former NASA engineer, this next generation of footwear manufacturing allows the fitness brand to design and create a high performance athletic shoe faster and more efficiently than ever before.
Â
âFootwear manufacturing hasn't dramatically changed over the last 30 years,â said McInnis. âEvery shoe, from every brand is created using molds - an expensive, time-consuming process. With Liquid Factory, we wanted to fundamentally change the way that shoes are made, creating a new method to manufacture shoes without molds. This opens up brand new possibilities both for what we can create, and the speed with which we can create it.â
Â
âOne of the most exciting things about Liquid Factory is the speed. We can create and customise the design of shoes in real time, because we're not using molds - we're simply programming a machine,â said McInnis. âLiquid Factory is not just a new way of making things, it's a new speed of making things.â
Â
Reebok has already produced the first concept shoe 'Liquid Speed' using the new manufacturing process. The Liquid Speed shoe was designed and assembled in the US and created with a three-way collaboration between Reebok, BASF and RAMPF Group in Wixom, MI. Final assembly for the Liquid Speed shoe took place at Reebok Headquarters in Canton, MA.
Â
In early 2017, Reebok plans to open its own Liquid Factory manufacturing lab in collaboration with AF Group, Inc. of Lincoln, RI. (RKS)

UK GDP is estimated to have increased by 0.8 per cent in the first...