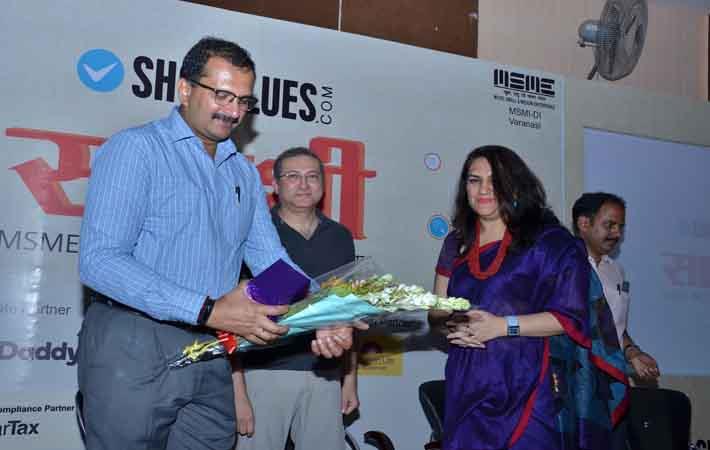 The initiative has been taken to create awareness about the significance of digitisation in MSME sector as it is the prime driver in India's economic growth.

"We at ShopClues believe in the vision of India being the next economic superpower of the world. We also know that unless we are able to bring the 400 million people of middle India that is people living in smaller towns and cities of the county i.e. 'Bharat' into our economic mainstream, this vision will remain a dream. Via our 'Saarthi' programme ShopClues endeavours to digitise and empower lakhs of MSMEs and bring them into the economic mainstream of the country," said Sanjay Sethi, co-founder and CEO, ShopClues.

"We are very proud of the fact that we have already, influenced lives of more than 5 lakh MSMEs but our work has barely begun. I would like to thank MSME –DI and the Government of Uttar Pradesh for their support for Saarthi. ShopClues is confident that India’s MSME community will benefit from this initiative and use it to take control of not only their economic empowerment but also participate more directly in nation building," added Sethi.

"I would like to thank ShopClues for working towards the development of small and medium enterprises with initiatives like Saarthi. This skilling and development programme specifically designed around digital opportunities will serve as a huge boost to the art of weaving from Varanasi, giving artisans a national platform," said Umesh Kumar Singh, joint commissioner industries - Varanasi, Uttar Pradesh.

Another pre-event was organised on June 1, 2017 by the Shopclues team with the Weaver Service Centre (WSC) to register weavers on-the-spot on Shopclues.com and impart training on online selling. Attended by more than 50 traditional weavers of Varanasi, a session was organised by the MSME experts of ShopClues to help them grow and understand the benefits of online selling. (KD)