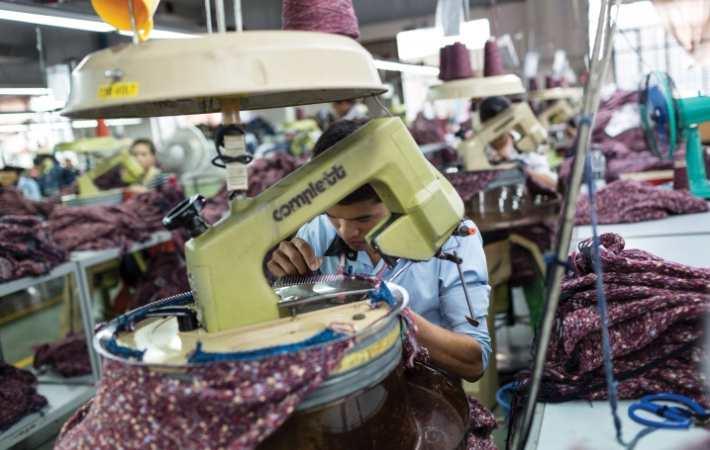 courtesy: IndustriALL
Ahead of the wage discussions for 2017, schedule to begin on September 9, garment and footwear trade unions in Cambodia are demanding 30 per cent hike. The negotiations would be carried out by a tripartite working group consisting of representatives of trade unions, the ministry of labour, and the Garment Manufacturers Association in Cambodia (GMAC).

In recent years, the minimum wage in Cambodian garment and footwear sector has increased significantly from $66 per month in 2012 to $140 per month at present. The trade unions have agreed to demand $179.60 as the monthly minimum wage for 2017, according to IndustriALL Global Union.

âI think this number ($179.60) is still not enough yet, but we cannot demand higher than this because of our economic and political situation, and investment is limited,â said Ath Thorn, president of IndustriALL affiliate, the Coalition of Cambodian Apparel Workers' Democratic Union.

The common wage demand of $179.60 has been agreed by 17 unions, including FES and the American Center for International Labor Solidarity. The new demand has been determined based on living costs, inflation and social factors, the statement said.

The ministry of labour has set September 12 and 26 as dates for further discussions of the tripartite working group. It aims to complete negotiations and reach an agreement on the new minimum wage by October this year.

The garment and footwear industry is the largest foreign exchange earner for Cambodia. In 2015, the sector exported goods valued at $7 billion, making up about 80 per cent of the southeast Asian nation's total export earnings.

There are around 1,000 factories producing garments and footwear in Cambodia, which together employ nearly 600,000 people, according to estimates. (RKS)