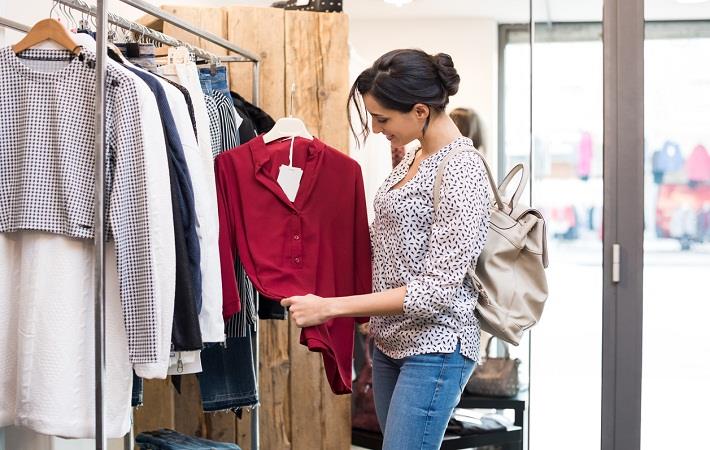 In April, UK retail sales increased by 3.7 per cent on a like-for-like basis from April 2018, when they had decreased 4.2 per cent from preceding year. The 2-year average like-for-like change was -0.3 per cent per annum. The April figures are positively distorted by timing of the run-up to Easter, which is in April this year compared to March in previous year.

On a total basis, sales increased by 4.1 per cent in April, against a decrease of 3.1 per cent in April 2018. This was above both the 3-month and 12-month average increases of 1.2 per cent and 1.4 per cent respectively. The 2-year average growth, which corrects for the Easter distortion, was 0.4 per cent per annum, a slowdown from March’s equivalent of 0.9 per cent.

Over the three months to April, in-store sales of non-food items declined 1.7 per cent on a total basis and 1.8 per cent on a like-for-like basis. This is in line with the 12-month total average decline of 1.8 per cent. Online, the 3-month and 12-month average growths were 4.1 per cent and 6.2 per cent respectively.

Over the three-months to April, non-food retail sales in the UK decreased by 0.2 per cent on a like-for-like basis and by 0.1 per cent on a total basis. This is below the 12-month total average increase of 0.2 per cent. This is the first time the long-term non-Food trend turned positive since October 2017.

Online penetration rate increased from 28 per cent in April 2018 to 29.7 per cent last month.

“Retail sales were below expectation this month as the sunshine over the Easter weekend persuaded many to pursue recreational, rather than retail, activities. Department stores, as well as clothing and footwear shops, were harder hit by the warmer weather, while food-to-go fared much better from it,” said Helen Dickinson OBE, chief executive, British Retail Consortium. “Online accounted for a little under 30 per cent of all non-food sales, and we expect this proportion to continue to rise. Nonetheless, the pace of growth has slowed over the course of the year despite the investment that many stores have made in their digital offering.”

“Retailers are continuing to invest in technology across both physical and online activities as they seek to meet changing consumer behaviours, however some of such spending is being held back by the plethora of Government-imposed business costs bearing down on the industry. Government should review these costs – and in particular reduce the burden of business rates – if they wish to see retail maintain its place as the main provider of highly valued, flexible jobs in communities up and down the country,“ added Dickinson.

“Retailers reaped the rewards of Easter and more favourable weather in April, with like for like sale up 3.7 per cent year-on-year. However, we must remain mindful of the distortion caused by Easter’s timing,” said Paul Martin, partner, UK head of retail, KPMG. “April may have eased the strain on retailers somewhat, but we can’t overlook the fact that the new tax year also presents retailers with additional costs ranging from increased minimum wages to additional pension contributions. The task of balancing sales and a profitable margin remains crucial, especially given the widespread promotional activity currently.” (PC)

Peru's official ratification of the Comprehensive and Progressive...

Bangladesh to continue to attract FDI defying downturn: US

Japanâs imports of clothing and accessories increased by 4 per cent...

Luxe Maison is a premiere haute couture e-boutique established after 2015. ...