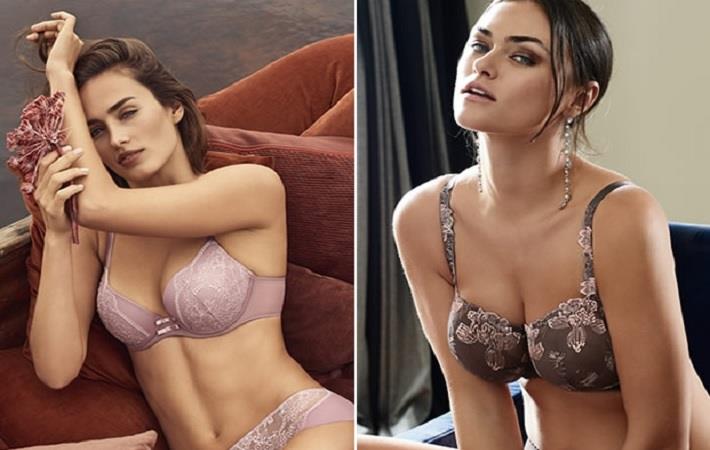 Courtesy: Van de Velde
Van de Velde, one of the global leaders in lingerie, swimwear and sportswear, is continuing with the implementation of the strategic plan which has resulted in decline of EBITDA by 21.5 per cent to €28.5 million in the first half (H1) of 2018. Turnover declined by 2.3 per cent to €114.2 million, or a decline of 0.6 per cent at constant exchange rates.

During January-June 2018, the consolidated turnover at Van de Velde declined by 3.9 per cent from €115.3 million to €110.9 million compared with the year before.

“The fashion retail market was under pressure in our core markets globally in the first half of the year. The lower number of people in high streets and the change in shopping behaviour had a negative impact of up to more than 2 per cent on retail turnover. Within this context our brands have held up well, we experienced a successful launch of Marie Jo Swim and we saw growth in the new distribution channels. This confirms that the rollout of an omnichannel approach with a central role for speciality boutiques is very important. To develop the different aspects of that omnichannel approach, Van de Velde has set up working groups of speciality boutique owners. This is a unique approach,” said Erwin Van Laethem, CEO of Van de Velde.

The contribution of wholesale to EBITDA on a comparable basis decreased by €6.2 million in H1 2018. “The fall within wholesale is the consequence of lower turnover, combined with a lower margin and higher sales and marketing costs. The contribution to reported EBITDA fell by €7.2 million, because of more spring/summer 2018 deliveries at the end of last year, which resulted in strong delivery reliability,” the Brussels headquartered company said in a press release.

The retail contribution to reported EBITDA rose by €0.7 million. The rise in the profit contribution is the result of steady turnover, improved margins and the closure of loss-making stores.

“Van de Velde continues to invest in a scalable platform for future growth. These costs put pressure on profitability in the short term. The initiatives are being rolled out on schedule. Delivery reliability in the first half of 2018 was better than ever before. The ICT hardware was upgraded successfully. The development of the new ICT and e-commerce functionalities and the raising of process efficiency are ongoing,” said Bart Rabaey, CFO of Van de Velde.

In terms of prospects, Van de Velde expects a modest decrease in turnover on a comparable basis over the year as a whole. “This is expected to result in a very strong profit decline in comparison with historic results (based on comparable EBITDA) of Van de Velde in 2018, as a consequence of the expenditures with regard to the initiatives for future growth,” the company said. (RKS)