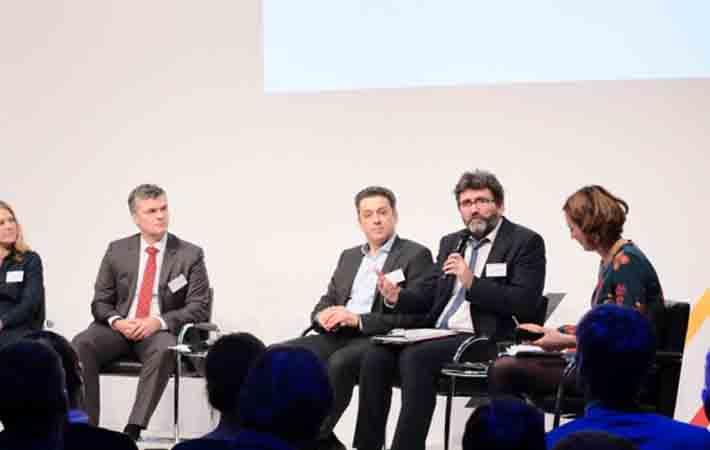 Courtesy: VAUDE
German outdoor apparel company, Vaude has been nominated in two categories for the CSR award by the German government. A total of 25 companies were nominated in five categories for the CSR award that were held recently. The German government has honoured companies with awards that have been successful in integrating CSR into their businesses.

“We are pleased that we were listed twice among the five best companies in Germany. Even though we did not achieve first place, it is a great endorsement of our level of commitment. We would like to congratulate the winners, Rapunzel and Weleda, which have been consistently dedicated to sustainability for decades, inspiring others", said Vaude CEO Antje von Dewitz.

In the category for ‘Companies with 250-999 Employees’, Vaude is one of the companies helping to shape future-oriented business models while taking on the ecological, economic and social responsibilities.“We are also showing that sustainable development is economically successful and encourages innovation”, added Dewitz, whose company is growing at above-average rates in the highly competitive environment of the European outdoor market and is considered one of its most successful brands. Vaude is known for innovative and environmentally friendly products made with fair manufacturing.

Vaude consistently takes a more sustainable approach regarding environmental management throughout the supply chain of its products. The company was also nominated in the special award category ‘Responsible Supply Chain Management’ which involves the implementation of environmental standards for material suppliers as well as manufacturers, along with compliance with social standards in production.

“With the bluesign system and the Fair Wear Foundation, we are achieving a high level of safety in our supply chain. We have engaged in a great deal of pioneering work in the industry – time and again, we have taken on a leading role,” said Dewitz.

In order to align its entire global supply chain – including suppliers – to high environmental and social standards, Vaude has launched a pilot project. As part of the ‘develoPPP.de’ programme funded by the Deutsche Entwicklungsgesellschaft (DEG), Vaude is providing its material suppliers with support to introduce or continue improvement of environmental protection policies. The aim is to raise awareness and empowerment of selected Vaude material suppliers in its Asian procurement markets. (RR)