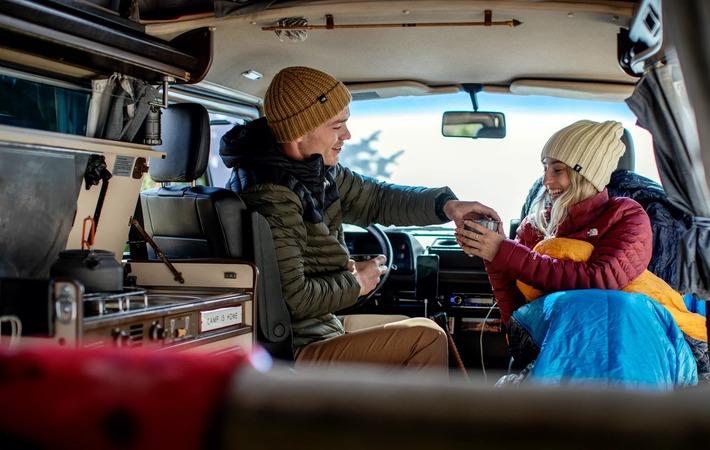 Pic: VF Corporation/ The North Face
VF Corporation, a leader in branded lifestyle apparel, footwear and accessories, reported 18 per cent decline in its revenue to $2.6 billion during the second quarter (Q2) FY20 ended on September 26, 2020, compared to the revenue of $3.1 billion in the same period previous fiscal. Net income for the period dropped to $256.7 million (Q2 FY19: $649.0 million).
“Our year to date results have surpassed our internal expectations across all brands, driven by digital and China, two of our key growth pillars,” Steve Rendle, VF’s chairman, president and CEO, said in a press release.
Operating income for the quarter fell to $319.9 million ($548.5 million). Income from continuing operations during Q2 FY20 came down $243.2 million ($625.3 million).
Revenues of outdoor segment decreased 24 per cent to $1.1 billion ($1.5 billion). Active segment revenues slipped 15 per cent to $1.2 billion ($1.4 billion). However, work segment revenues jumped 14 per cent to $253.5 million ($222.1 million).
International revenue dipped 15 per cent. Europe revenue plunged 16 percent. Whereas, Greater China’s revenue grew 16 per cent including an increase of 21 per cent in Mainland China.
Company reported that nearly all of its retail stores in EMEA and APAC regions, including Mainland China, remained open during the second quarter. In North America, 75 per cent of all retail locations were open at the end of Q1 and over 95 per cent of all retail stores were open at the end of Q2. Additional retail locations have re-opened since the end of the quarter, and currently all of VF's North American retail stores are open.
In its future outlook, company expects revenue to be at least $9.0 billion.

VF Corporation, a leader in branded lifestyle apparel, footwear and accessories, reported 18 per cent decline in its revenue to $2.6 million during the second quarter (Q2) FY20 ended on September 26, 2020, compared to the revenue of $3.1 million in the same period previous fiscal. Net income for the period dropped to $256.7 million (Q2 FY19: $649.0 million).
More VF Corporation News... More Apparel/Garments News - United States Of America...