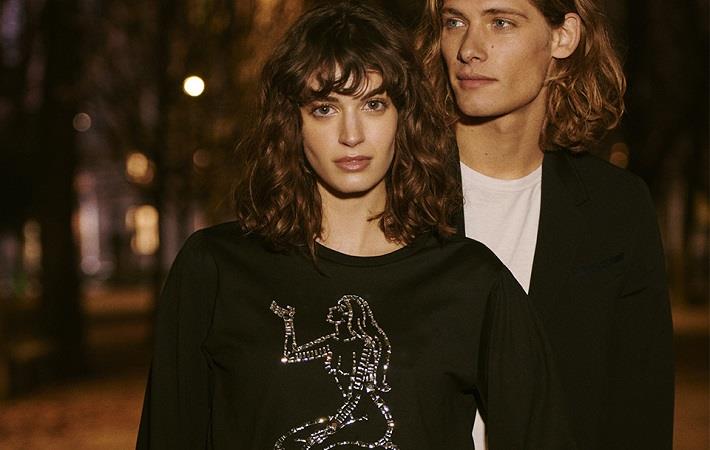 Pic: Aeffe/ Alberta Ferretti
Aeffe SpA, an Italy-based fashion and luxury goods company, reported 1.4 per cent increase in revenue to €351.4 million in fiscal year 2019 compared to €346.6 million in prior year. Net Profit for the group decreased 26.4 per cent to €12.3 million compared to €16.7 million in FY18. Revenues of the prêt-à-porter division fell 1.3 per cent to €262.2 million.
Revenues of the footwear and leather goods division increased 8.3 per cent to €128.2 million.
In 2019, sales in the Italian market decreased 4.5 per cent to €160.9 million compared to 2018, reportedly due to the weakness of the wholesale channel, in contrast with the positive performance of retail. Sales in Europe increased 8.1 per cent to €86.890 million reportedly driven by the good performance in UK, Germany and Eastern Europe.
In Asia and in the Rest of the World, the group's sales for the year rose 7.4 per cent to €86.0 million. Sales in America fell 4.5 per cent to €17.6 million in FY19.
By distribution channel, in 2019, wholesale revenues declined by 1.8 per cent mainly due to the downturn registered by the AW 2019 collections, as reported. Sales registered in FY19 across group's directly-operated stores (DOS) increased 7.5 per cent. Royalty incomes, recorded a very positive growth, posting 17.7 per cent increase compared to FY18.
"In recent weeks the international scenario suddenly weakened, as a result of the spread of Coronavirus, and today the duration of this epidemic is still uncertain. Our group is committing all of its resources and energies to face these difficult market conditions, both in terms of careful management of customer relations and of considered actions aimed at containing costs that can be postponed without any prejudice to the development and strengthening of our brands," Massimo Ferretti, executive chairman of Aeffe Spa, said in a press release.

Odd Concepts, an AI-based fashion tech company, has been able to...

Synthomer has taken over Omnova Solutions. With this, Synthomer...

EAP growth projected to slow to 2.1% in baseline: WB

Growth in the East Asia and Pacific region is projected to slow to...

Breya is a brand of Indo-Western clothes for women owned by ABP Apparels...