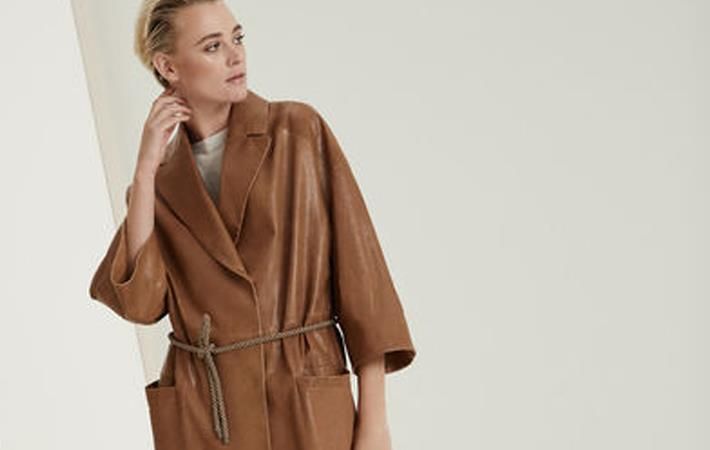 “We are fully satisfied with our company’s performance in the first half of the year, in terms of both numbers and image; we like to support labour that fosters harmony with creation. The sales of our spring summer collections were especially good, and the start to the 2019 fall winter season was also very very positive. All this augurs well for another year of delightful growth. Honestly speaking, we cannot but express our full satisfaction with the clearly positive drive that has marked the start of the order intake for the Spring Summer 2020 men and kids collections that were presented last month. This healthy and pleasant work environment makes us look forward to the forthcoming presentation of the Spring Summer 2020 Women collection. Moreover, we serenely envisage a next year full of pleasant and profitable results,” said Brunello Cucinelli, chairman and CEO of Brunello Cucinelli.

Revenues in the European market of the company showed an increase of 9.6 per cent, with revenues rising to €92.4 million compared to €84.2 million in H12018. The North American market reported an increase of 9 per cent with revenues of €94.1 million compared to €86.3 million at 30 June 2018. Both the European and North American markets confirmed the sustainability of the company’s growth project, due to consistency of local demand and top-end tourism in both the monobrand and multibrand channels, with results rising in both. Greater China’s revenue growth was 15.9 per cent, with sales reaching €28.8 million compared to €24.8 million at 30 June 2018. In rest of the world, the company’s revenue grew 5.5 per cent, with sales of €31.9 million compared to €30.2 million last year. Performance was solid in all the group’s markets, including South Korea and Japan, with the perception that the international customer is increasingly attracted by Made in Italy items.

“We believe that over the years we have built relationships with the world’s multibrands which are ‘special, friendly, of high esteem and of mutual respect’, and are convinced that it is these relationships, together with the customer’s appreciation of the collections, which support the very positive growth performance in this channel. We have always believed that multibrand is the high ‘judge’ of the collections, the only one who – through the comments received during the campaign and sales phases – can tell you whether the taste of the collections is contemporary, which is why we continue to believe that it is fundamental to balance the retail channel with the wholesale channel,” said Cucinelli. (PC)

Brunello Cucinelli, an Italian maison operating in the absolute luxury goods sector, has reported net revenues of â¬291.4 million for the first half of 2019, an increase of 8.1 per cent compared to â¬269.5 million at 30 June 2018. The sales growth of the company was 9.5 per cent in the international markets and 1.1 per cent in the Italian market.
More Fashion News - Italy...