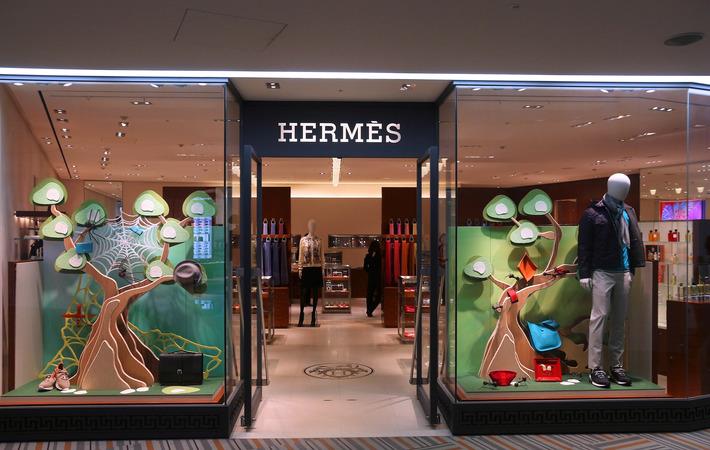 Pic: HermÃ¨s International
Hermes International SA, a French high fashion luxury goods manufacturer, reported 24 per cent revenues decline to €2,488 million in its first half (H1) for fiscal 2020 ended on June 30, 2020 compared to revenues of €3,284 million in same period last year. Group’s net profit for the six months period were down to €335 million (H1 FY19: €754 million).
In the first half, group stated that all the geographical areas were impacted by the health crisis and stores’ closure.
In Asia excluding Japan sales fell 9 per cent to €1,183.7 million (€1,299.3 million). All stores reopened in Mainland China in March, and sales grew strongly, while activity in Hong Kong and Macao remained down due to border control measures. In Japan sales dropped 23 per cent to €322.2 million (€400.6 million).
In America sales dropped 42 per cent to €336.8 million (€569.2 million). Sales in America were affected by total store closures for more than 10 weeks in the US, as the other countries in the region, with a very gradual recovery at the end of June.
While in Europe excluding France sales decline 36 per cent to €348.9 million (€544.6 million). Sales in France were down 38 per cent to €252.2 million (€405.8 million) been strongly affected by the reduction in tourist flows.
Revenues of all the sectors decreased during the first half: Leather goods and saddlery €1,280.1 million (€1,652.4 million); ready-to-wear and accessories €537.0 million (€754.6 million); silk and textiles €165.2 million (€266.6 million).

Cambodian garment sector may be hit by CLMV exports slump

The pandemic will significantly affect the exports of Cambodia, Laos, ...