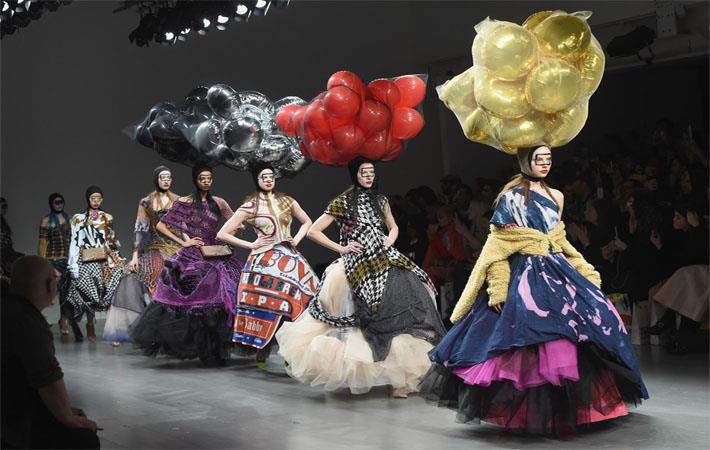 London Fashion Week September 2019 was the first international fashion week to open its doors to a wider public, offering dedicated experiences for both a trade and public audience through one dynamic schedule. The September 2019 saw speakers such as Billy Porter, Eva Chen, Henry Holland and IAMDDB taking part in the event. The line-up of talks and designers taking part in the Positive Fashion Designer exhibition will be announced at a later stage.

The British Fashion Council was set up in 1983 to promote British fashion internationally and co-ordinate this promotion through fashion weeks, exhibitions and showcasing events. The BFC now supports designers beginning at college level and extending to talent identification, business support and showcasing schemes to help British designer businesses develop their profiles and business globally and promote British fashion and its influential role in Britain and London.

Alice Temperley MBE founded her eponymous label, Temperley London in 2000, a year after graduating from the Royal College of Art. Alice continues to head up the creative direction of this British, independent brand. The core business focuses on women’s ready-to-wear collections, which have evolved to offer a comprehensive range of daywear, cocktail and eveningwear. Temperley Bridal, which launched in 2006 with two collections a year, is defined by ethereal, timeless silhouettes and is inspired by the romance and decadence of a bygone era. Temperley Bridal offersmade-to order, bespoke and ready-to-wear styles. In 2018 Temperley London was awarded the Butterfly Mark by Positive Luxury for a commitment to responsiblepractices across innovation, social good, environment, philanthropy, and governance.

Alice is a member of the British Fashion Council Advisory Board and enjoys speaking at key industry events. She is also involved with several charitable organisations, including recently becoming Ambassador for Women for Women International. Alice was awarded an MBE in 2011 for services to the Fashion Industry.

Drawn on their Ibizan heritage, founders of De La Vali, Jana Sascha Haveman and Laura Castro are inspired by the free spirited and bohemian essence of the island.