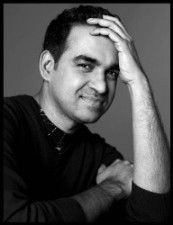 Bibhu Mohapatra
The time has come for the unveiling of the 10 U.S. finalists of the 2013 International Woolmark Prize.The award promotes awareness of Merino wool fiber, a natural and renewable source of fiber that provides resilience, softness, and stability to designs.

The award not only showcases Merino wool’s functionality and beauty to both designers and consumers but it also emphasizes its natural benefits.

Previous winners include fashion masterminds Karl Lagerfeld and Yves Saint Laurent whom accepted their awards in 1954 and cemented the importance of wool in the composition of designs.

The time has come for the unveiling of the 10 U.S. finalists of the 2013 International Woolmark Prize. The award promotes awareness of Merino wool #

And as a leading authority on the use of wool, The Woolmark Company and its multiple affiliates own the renowned Woolmark-logo found on over 2 billion garments since its 1964 inception.

All of the nominees below are affiliated with the CFDA. Not only will these 10 finalists represent the U.S. region in the 2013 International Woolmark Prize final, held in Milan in February 2014, but four other regional awards are also presented in Australia, China, India, and Europe.

Additionally, one U.S. winner will represent the U.S. in a competition between 10 finalists where participants will present their collections made with Merino wool.The winner from the U.S. region also receives $100, 000 as a contribution towards their next collection and the chance to participate in the international final.

The overall winner will receive an additional $100, 000 towards their next fashion show as well as have their designs featured by established global retailers including Joyce in China and Harvey Nichols in the U.K.