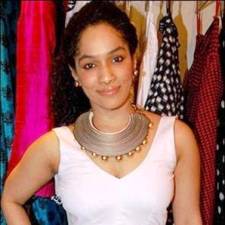 Masaba Gupta (c: in.com)
Masaba Gupta, the young budding fashion designer from India, is all set to foray in sportswear design, as the 24-year-old has been appointed as the official sporting apparel design partner of the Australia-based Women’s International Cricket League (WICL).
The designer will work in collaboration with a small team of international players on her new design venture, which will include an array of functional yet feminine women’s playing and training cricket apparels.
The cricket range, which will be showcased at major fashion shows and will be sold online as well as some selective sports outlets around the world, will also include sportswear pieces featuring both the WICL and Masaba labels etched on them.
The daughter of West Indian cricketer Vivian Richards and Indian actress Neena Gupta, Masaba expresses her joy on the new challenge through her latest tweet, “I will be designing the jerseys and gear for six teams for the first ever women’s IPL to be held in Singapore. Our first step into sportswear.”
In recent years, Masaba has designed outfits for famous Bollywood actresses, such as Sonam Kapoor, Kareena Kapoor, Jacqueline Fernandez and Mandira Bedi.
WICL works towards women empowerment through the power of sports. The league believes that women’s participation in sports has helped overcome discrimination, inequality and division in many countries.