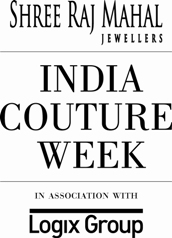 The Fashion Design Council of India (FDCI) announced its official partners for the upcoming edition of the Shree Raj Mahal Jewellers India Couture Week 2014 in association with the Logix Group, to be held from July 15-20, 2014, at the Taj Palace Hotel, in the capital.
Harper’s Bazaar Bride will be the official magazine partner for this annual event and NDTV Good Times will be the official channel partner. As a part of this partnership, both the media outlets will exclusively cover the mega event. The coveted fashion extravaganza, the Shree Raj Mahal Jewellers India Couture Week will showcase India’s finest design talent with magnificent shows by the leading Indian couturiers.
Harper’s Bazaar Bride is the ultimate guide for luxury weddings and is the modern brides ‘go-to’ magazine for the best in Indian and international couture, trousseau shopping, jewellery, wedding décor, gifting, beauty and much more, thus making it an ideal synergy for this powerhouse event.
NDTV Good Times is the flagship channel of NDTV Lifestyle, which is a part of the NDTV Group. Launched in September 2007, it quickly became India's top-ranked English-language lifestyle television channel. With the maturing lifestyle space in India at an inflection point and as pioneers in that space, NDTV Good Times recently redefined the lifestyle entertainment category codes once again. India's oldest lifestyle channel is now it’s youngest. Not just in looks, but even in attitude. The channel tagline- #LiveYoung, the only socially integrated tagline in India.
Announcing the association, Mr. Sunil Sethi, President, FDCI, said, “I am delighted to bring the 2014 edition of Shree Raj Mahal Jewellers India Couture Week. We are partnering with Harper’s Bazaar Bride and NDTV Good Times for the first time. We hope to have a wholesome and continuing association with them.”