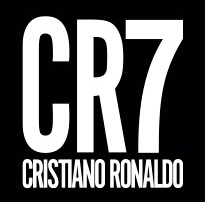 Portuguese footballer Cristiano Ronaldo is back with his CR7 by Cristiano Ronaldo innerwear line’s second instalment.
The 29-year-old soccer star has co-created an array of men’s colourful trunks for the autumn/Winter 2014 season with the New York-based fashion designer Richard Chai.
Replete with bright contrast linings, patterns and stripes, the stretch cotton crafted blue, black and orange coloured pieces feature the brand logo CR7 on the front.
In addition to designing, the football player has also modelled in few of the ensembles from the line.
Shot by fashion photographer Rankin, the accompanying advertorial images of the range have been projected in seven big international cities—London, Madrid, New York, Lisbon, Paris, Milan and Berlin.
Created in collaboration with the Danish firm JBS Textile Group, CR7’s maiden innerwear collection comprised of two sets, one meant for teenage boys and the other for fashionable adults. The luxury range includes striped socks, tight-fit briefs and boxer shorts.
Apart from the intimatewear brand, the soccer champion also owns a line of men’s shirts under the same label.
Richard Chai was voted as the menswear designer of 2010 by the Council of Fashion Designers of America.
Ronaldo plays as a forward for Spanish La Liga club Real Madrid and serves as captain of the Portuguese national team.