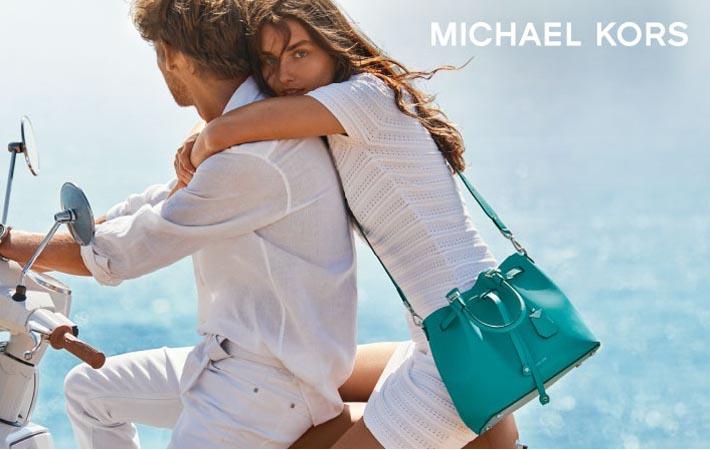 Courtesy: Michael Kors
Exceeding expectations, Michael Kors has recorded 26.3 per cent y-o-y growth in its revenue in the first quarter of fiscal 2019, to a total of $1.20 billion, including a $172.7 million contribution from Jimmy Choo, which was consolidated into results effective November 1, 2017. In the reported period, gross profit increased 30.6 per cent to $750.8 million.

The adjusted gross profit went up 31.1 per cent to $753.2 million, and as a percentage of total revenue was 62.6 per cent. This compared to 60.3 per cent in the first quarter of fiscal 2018. The year-over-year growth was largely driven by improved wholesale gross margins due to lower promotional activity and favourable product mix as well as the inclusion of the higher margin Jimmy Choo business, which contributed 40 basis points. The company's retail margins also improved during the quarter.

"We are encouraged by our first quarter performance, with growth in revenues, gross margin, operating margin as well as earnings per share all exceeding our expectations. Our fashion leadership remains strong, which drove consumers to respond favorably to both new fashion introductions and core products. Our global fashion luxury group continues to see the benefits of our long term growth strategy which is driven by both the Michael Kors and Jimmy Choo brands. Looking ahead we remain optimistic about our business for the remainder of fiscal 2019 and beyond," John D Idol, chairman and chief executive officer, said.

For the full year, the company expects total revenue to be approximately $5.125 billion, including between $580 million and $590 million of incremental Jimmy Choo revenue. The reported comparable sales for Michael Kors are expected to be approximately flat, in line with prior guidance. The company has raised guidance for operating margin to approximately 18.0 per cent. The diluted earnings per share are expected to be in the range of $4.90 to $5.00. The company now expects lower EPS dilution from Jimmy Choo of $0.05 to flat, which is a $0.05 cent improvement from prior guidance. (RR)