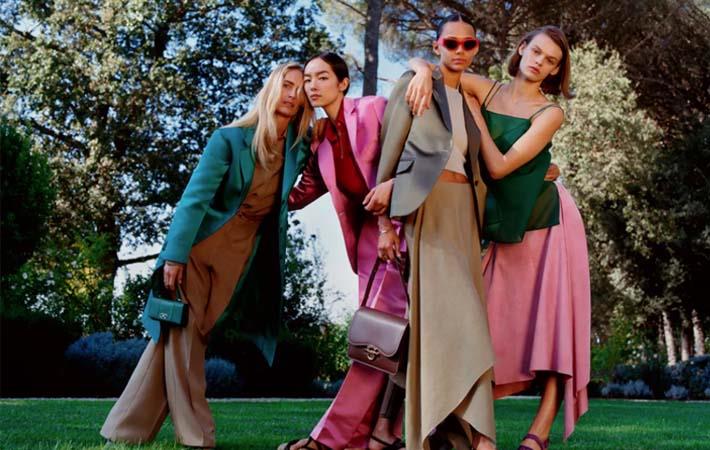 Pic: Salvatore Ferragamo
Salvatore Ferragamo, a world leader in the luxury goods sector, has reported total revenue of €1,347 million during fiscal 2018. As of December 31, 2018, the group's retail network counted on a total of 672 points of sales, including 409 Directly Operated Stores (DOS) and 263 Third Party Operated Stores (TPOS) in the wholesale and travel retail channel.

The Asia Pacific area is confirmed as the group's top market in terms of revenue, decreasing by 1.0 per cent, with a positive performance in Greater China, partially penalised by the negative performance in South East Asia. Specifically in the fourth quarter, the retail channel in China recorded a solid revenue growth of 7.6 per cent.

In 2018, EMEA posted a decrease in revenue of 6.1 per cent, mainly owed to the negative wholesale business in the last part of the year due to the delayed deliveries following the change of a commercial partner in a strategic market in the Middle East.

North America recorded a revenue decrease of 5.4 per cent in FY18, mainly impacted by the negative trend of the department stores sales.

The Japanese market registered a 0.4 per cent decrease in revenue in 2018, with retail stores recording a positive performance at constant exchange rates both in FY18 and in fourth quarter, while negatively impacted by the strategic rationalization of the wholesale channel.

Revenues in the Central and South America in FY18 were down 1.9 per cent, but up 4.2 per cent at constant exchange rates, mainly due to the performance of the retail network.

In 2018, the operating costs remained stable at €712 million. The increase in costs was mainly due to the beginning of the activities for the reinforcement of the organization and processes and to the communication expenses. (RR)

Mexican cotton outlook has been improving gradually due to...