Serenity & Rose Quartz is Pantone colour of the year 2016 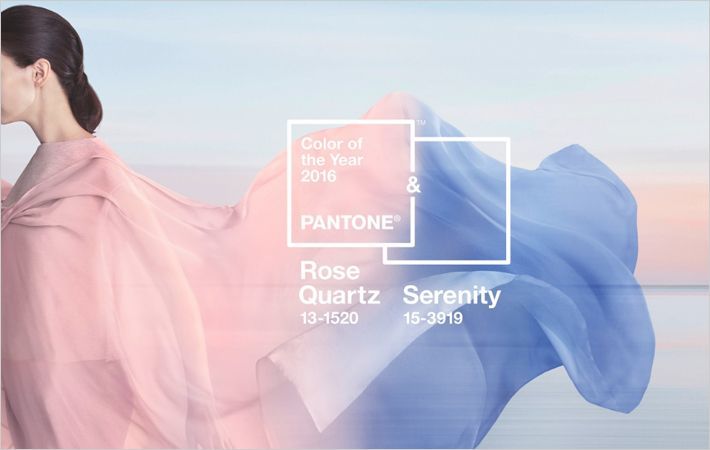 Pantone, a US based global solutions provider of colour standards to designers and industries, has announced the blend of two colours - Pantone 15-3919 Serenity and Pantone 13-1520 Rose Quartz to be the Pantone Color of the Year (2016) for their psychologically fulfilling properties, according to a press statement released by the company.

Serenity is a colour for relaxation and brings in a feeling of calm. Rose quartz gives a gentle effect filled with compassion and composure. Owing to such properties which bring tranquillity and inner peace, Pantone, for the first time, announced a combination of two colours to be its colour of 2016.

The combination of these two colours was featured in Pantone Fashion Color Report Spring 2016, and is a popular choice in many fashion applications.  It was also featured in a number of nail colour, cheek, lip and eye palette options to enhance beauty. It is also a sought-after choice in graphic designing, interior decoration and home textiles.

Pantone has announced the blend of two colours - Serenity and Rose Quartz to be the Pantone Color of the Year (2016).#

Commenting on the announcement, Leatrice Eiseman, executive director of Pantone Color Institute, said, “With the whole greater than its individual parts, joined together Serenity and Rose Quartz demonstrate an inherent balance between a warmer embracing rose tone and the cooler tranquil blue, reflecting connection and wellness as well as a soothing sense of order and peace.”

“In many parts of the world, we are experiencing a gender blur as it relates to fashion, which has in turn impacted colour trends throughout all other areas of design,” Eiseman said.