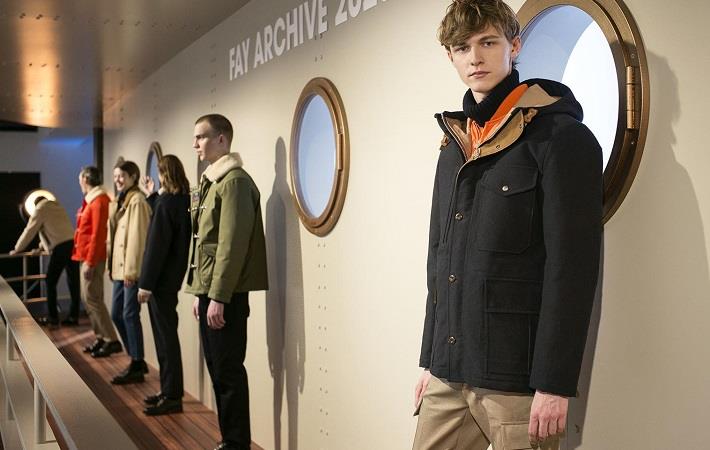 Pic: Fay
Tod's Spa, an Italy based leading producer of luxury goods, reported 1.7 per cent decrease in revenue to €238.4 million in Q4 FY19 compared to same quarter prior year. For full financial year that ended on December 31, 2019, the company's consolidated sales reduced 2.6 per cent to €916.1 million. Retail revenues in FY19 grew 6.3 per cent to €645.9 million.
Tod's sales improved to €461.8 million in FY19. Group reported a healthy start of the new T Timeless project, both for shoes and for leather goods.
Revenues of Roger Vivier increased 15.6 per cent to €200.6 million in FY19. The brand registered positive results in all the geographical areas in which it operates and reported excellent feedback on new product families.
Hogan sales totalled €196.5 million with double-digit growth in Greater China, despite the delicate situation in Hong Kong.
Sales of Fay decreased to €56.3 million compared to 2018, is reported mainly due to the weakness of the Italian market.
Revenues from shoes amounted to €730.8 million in FY19 which saw positive trend in Q4. Sales from leather goods and accessories totalled €121.7 million. The new lines of handbags of the Tod's brand are reported to be registering positive feedback. Sales from apparel amounted to €62.7 million attributed broadly to the performance registered by the Fay brand.
With good performance in Q4 with an improvement in the trend of both distribution channels, domestic sales amounted to €260.7 million.
In the rest of Europe, the Group's revenues totalled €237.6 million, with good contribution of retail in Q4.
In the Americas sales amounted to €70.6 million.
The Group's sales in Greater China totalled €215.1 million, up 2.3 per cent from 2018. The positive results recorded in Mainland China, which represents more than 60 per cent of this region, were offset by the sharp slowdown in the Hong Kong market, due to well-known political tensions.
In rest of the world the group's revenues increased 0.8 per cent to €132.1 million compared to FY18.

Looking to the post-pandemic period, a new research brief by the...