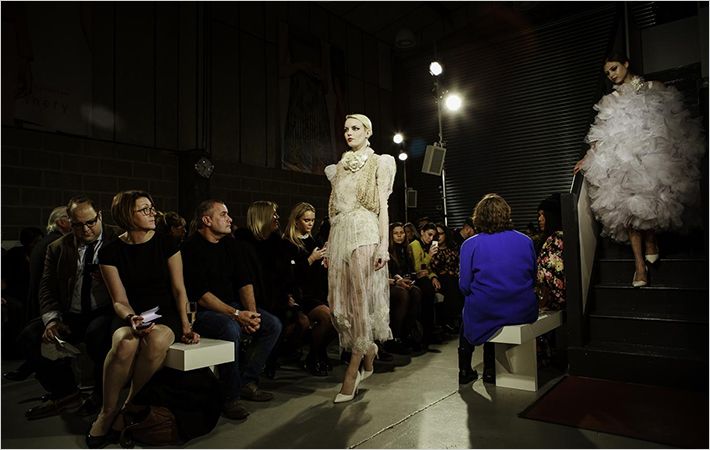 The Fashion Technology Academy will give more than 200 people a year the opportunity to work in paid apprenticeships and gain highly sought-after professional qualifications in the fashion industry.

The academy, which is the only of its kind in Europe to operate alongside a working factory and fashion studio, is run by award winning social enterprise business Fashion Enter, who produce close to 400,000 garments a year for the likes of Marks & Spencer, ASOS, Finery and Tesco from their Hermitage Road based factory.

With this work now completed it will give out up to 4000 qualifications in the next four years and give thousands of local residents the skills and experiences needed to break into the highly competitive and resurgent UK fashion industry.

The launch of the Fashion Technology Academy was celebrated with a fashion show and award ceremony that showcased 10 up-and-coming British-based designers and celebrated the achievements of those who have already gained their qualifications through the FTA.

By 2019 the FTA will be able to train more than 1,000 people per year in NVQ qualifications ranging from fashion design, to all aspects of garment production, filling a skills gap identified by the British Fashion Council.

Joe Goldberg, Haringey Council's Cabinet Member for Economic Development, Social inclusion and Sustainability said: "It's fantastic that Haringey, with our proud textile heritage, is once again demonstrating our place at the heart of Britain's small scale manufacturing boom by attracting nationally unique businesses such as Fashion Enter to the area.â

Jenny Holloway, Director at Fashion Enter said, âWe really believe that the Fashion Technology Academy is the single most important initiative we have ever undertaken. We will be able to help thousands of people gain real work based skills that will lead to employment. With the on-shoring of garment manufacturing that is occurring now the timing of the Fashion Technology Academy is perfect. Our sincere gratitude to Haringey Council, ASOS and DWP for their overwhelming support.â (SH)