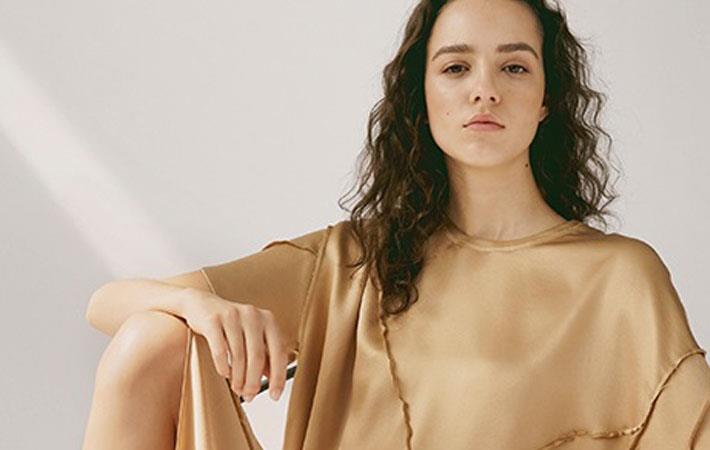 Courtesy: Vince
The comparable sales of Vince Holding Corp., a leading global luxury apparel and accessories brand, for the first quarter of fiscal 2018 increased 12.3 per cent, including e-commerce sales, primarily due to an increase in transactions. The direct-to-consumer segment sales went up 14.9 per cent to $26.0 million compared to the first quarter of fiscal 2017.

However, the company's net sales for the reported period went down 6.1 per cent to $54.5 million compared to $58.0 million in the first quarter of fiscal 2017. Wholesale segment sales decreased 19.5 per cent to $28.5 million, in line with expectations, as compared to the same period last year primarily due to the planned reduction in full-price wholesale partners.

Selling, general, and administrative (SG&A) expenses were $29.9 million, or 54.8 per cent of sales, compared to $33.8 million, or 58.2 per cent of sales, in the first quarter of fiscal 2017. The decline in SG&A dollars was primarily the result of lower product development costs and the non-recurrence of investments made last year related to the remediation and optimisation of the systems implemented during fiscal 2016.

"We were pleased with the strong response to our women’s and men’s product assortments in the first quarter which drove a double digit comparable sales increase in our full price stores, and more than 25 per cent growth in our e-commerce business. In addition, we are highly encouraged by our three recent store openings, all of which are exceeding our sales expectations. In the wholesale channel, we saw better than expected performance at both Nordstrom and Neiman Marcus as well as strong sell-through across all accounts, indicating a favourable response to our product offering. Sales in our wholesale segment declined, consistent with our expectations, primarily as the result of our planned reduction in partners in this channel. Given our increased confidence and visibility in the business, we have reinstituted annual guidance. With the building enthusiasm for our brand, we are more confident than ever that we are on the right path to delivering consistent profitable growth over the long term," Brendan Hoffman, chief executive officer, said.

For fiscal 2018, net sales is expected between $273 and $280 million. This is compared to net sales of $272.6 million in fiscal 2017. The operating income is likely to be between $3 and $6 million. This compared to reported operating loss of $18.3 million in fiscal 2017 which includes a $5.1 million non-cash asset impairment charge related to property and equipment of certain retail stores. (RR)