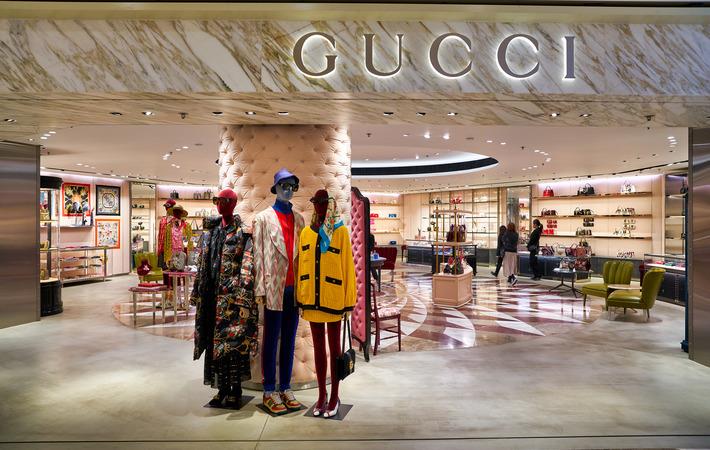 Pic: Shutterstock
Kering SA, a French global luxury group, posted 4.3 per cent revenue decline to €3,717.7 million in its third quarter (Q3) fiscal 2020 ended on September 30, compared to the revenue of €3,884.6 million in the same period previous year. Group’s online sales continued to grow with 101.9 per cent in the third quarter, led by North America and Asia-Pacific.
“In a tough environment, Kering achieved substantial revenue recovery in the third quarter. The creativity of each of our Houses and the agility of our organisation led to a sharp rebound in sales, nearly matching the level of the 2019 third quarter,” François-Henri Pinault, chairman and chief executive officer, said in a press release.
Sales in North America increased 44.1 per cent, driven by a rebound in local demand, and Asia-Pacific grew 18.5 per cent, fuelled by excellent momentum in Mainland China. However, sales performances in Western Europe plunged 41.0 per cent and Japan came down 22.8 per cent severely hampered by the halt in tourism.
Gucci’s revenue during the quarter slipped 12.1 per cent to €2,087.8 million (Q3 FY19: €2,374.7 million). Gucci had an excellent quarter in North America up 43.7 per cent and delivered a solid performance in Asia-Pacific up 10.6 per cent.
Yves Saint Laurent revenue rose 0.8 per cent to €510.7 million (€506.5 million). In addition to its strong appeal among local customers in Europe and North America, Yves Saint Laurent’s market penetration grew in Asia-Pacific.
Bottega Veneta’s revenue jumped 17.0 per cent to €332.5 million (€284.3 million). While other houses revenue increased 10.1 per cent to €117.6 million (€106.8 million).
“We are pursuing with determination the implementation of our strategic initiatives - the internalisation of our e-commerce activities reached other key milestones and we continue bolstering our growth platforms,” Pinault said. “Against a backdrop that remains uncertain, and despite limited visibility, we are well prepared and confident in our ability to deliver good performances over time.”