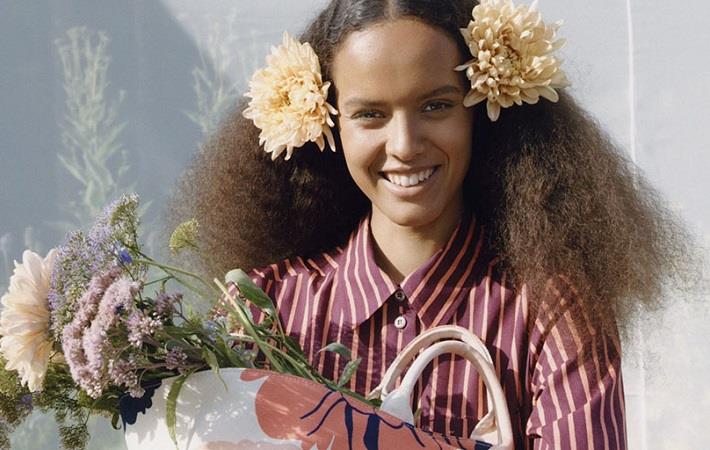 Pic: Marimekko
Marimekko, a Finnish lifestyle design company, reported 17 per cent increase in net sales to €34.7 million in fourth quarter (Q4) FY19 compared to same period prior year. Net sales for complete year increased 12 per cent to €125.4 million compared to prior financial year. International sales in FY19 increased 12 per cent to €54.3 million.
Growth in the Q4 came primarily from increase in retail (19 per cent) and wholesale (21 per cent) sales in Finland to €21.9 million as well as increased wholesale sales and licensing income in the Asia-Pacific region. Wholesale sales growth in the Asia-Pacific relative to the comparison period was mainly due to the fact that a part of wholesale deliveries to the region took place in the first quarter of 2019 instead of the final quarter of 2018.
Operating profit in Q4 was €3 million. Comparable operating profit improved by 87 per cent and was €3 million. Earnings were boosted by sales growth, whereas higher fixed costs had a weakening impact on results.
Retail sales increased 13 per cent and wholesale increased 8 per cent in FY19. Finland net sales rose 12 per cent to €71.2 million compared to FY18.
Comparable operating profit in FY19 rose by 40 per cent to €17.1 million. Operating profit was €17.1 million. Operating profit for 2018 included a nonrecurring taxable capital gain of €6 million on the sale of the company's head office.
Operating profit in FY19 was boosted by sales growth and improved relative sales margin. Higher fixed costs had a weakening impact on results.
In the outlook for 2020, company reported that it expects sales in Finland to grow on the previous year. Japan is reportedly the most important country in Asia-Pacific region. The other countries' combined share of the company's net sales is still relatively small, as operations in these countries are at an earlier stage than in Japan.
The impacts of the coronavirus, at the moment concerning in particular the Asia-Pacific region, are still reportedly uncertain, but the epidemic can reportedly have a negative impact on sales, profitability and the operational reliability of the global supply chain. Some 15 per cent of Marimekko's products are manufactured in China.
The company considers e-commerce, increasing the sales per square metre of existing stores in all markets and partner-led retail in Asia, as the key drivers for growth in FY20. The Marimekko group's net sales for 2020 are forecasted to be higher than in the previous year.

Electronics for Imaging (EFI) is a global technology company, based in...