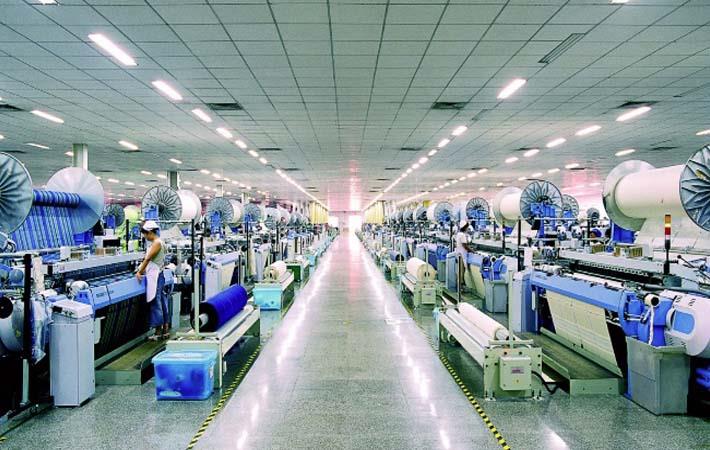 Pic: Testex
Loftex, a towel manufacturer in China, was interviewed by Testex where it gave an insight into its STeP by Oeko-Tex® certification, becoming a best practice customer, and its next steps on the sustainable production journey. STeP by Oeko-Tex® is one of the first accreditation systems with global awareness and credibility in the end to end sustainability area.

"Loftex has a mandate to continuously improve its factory and product environmental impact and overall sustainability. We take great pride in our achievements as demonstrated by our Oeko-Tex® certification. This sets us on the path towards our ultimate goal, which is a circular economy," said Loftex in a press release.

Loftex's top management reviewed the marketplace for independent, verifiable, recognisable and effective certifying bodies, and found only Oeko-Tex® to be suitable for both retail and consumer acceptance. STeP certification has the most comprehensive and dynamic analysis of a business's extent of sustainable management. With 6 modules covering all aspects from environmental performance to social responsibility and quality management, its evaluation and scoring system is one of the most competent and independent in the area of sustainability. It is also highly credible and well accepted in both B2B and B2C markets.

Loftex has installed various innovative technologies in its facilities to enhance efficiency, save resources, reduce consumption, encourage circularity, and reduce costs. For example it has installed a technology to eliminate the use of PVA in the spinning process resulting in less water, electricity and steam consumption and less pollution to the environment. It has a recycled PET programme which is a better substitute for traditional PET, upgraded air conditioning impellers to reduce resistance and installed frequency converters to reduce power consumption, recycles condensed water from dyeing and drying processes.

One of the major challenges for Loftex to get its facilities STeP certified was to have a clear understanding of the standards and collecting the required information. Oeko-Tex® requires numerous data and parameters for evaluation as it covers all aspects of the business. To ensure all information was collected and monitored continuously, a special task force was established to focus on various projects by the company.

STeP will help Loftex to determine its positioning on sustainability management and show the areas for future improvement. As an example, in September 2014 Loftex received its first STeP certification. In 2015 Loftex engaged with McKinsey & Company for the RedE programme which analysed the efficiency of each process/equipment on its premises and the data was used as guidance for future directions. In 2016 over $7 million was invested to upgrade the wastewater treatment system which saw Loftex's capacity doubled. In 2017, the company participated in the 'Project Gigaton' initiative which aims to reduce 1 billion tons of greenhouse gases from the global supply chain by 2030. With these continuous efforts in 2018 Loftex received the Walmart's Sustainability Award, which is issued to a supplier with the highest achievement in sustainable management.

"We have always received maximum support in all matters during the certification process. Through the very cooperative work we carried out together, we could see that the STeP certificate is of special importance to Loftex China Ltd. The results achieved by Loftex go far beyond the basic requirement of STeP by Oeko-Tex® certification and shows the company's success in the area of sustainability. Loftex China has been striving to be the benchmark in the industry since the first STeP certification in 2014, and their ongoing improvements over the past few years have brought them closer to their target," said Testex STeP auditor Kit Zhao Yi.

Loftex works with its retail partners many of whom are located in Australia, to include Oeko-Tex® certification logos on the product packaging and have led the home textiles industry in this implementation. These actions have the combined benefit of educating both the retailer and consumer.

Testex is a globally operating, independent Swiss testing and certification organisation with focus on textile and leather testing. It is a member institute of the Oeko-Tex® association and the official representative in Australia, Canada, China, Hong Kong, Indonesia, Malaysia, New Zealand, the Philippines, Switzerland, South Korea and Taiwan. (PC)

Loftex, a towel manufacturer in China, was interviewed by Testex where it gave an insight into its STeP by Oeko-TexÂ® certification, becoming a best practice customer, and its next steps on the sustainable production journey. STeP by Oeko-TexÂ® is one of the first accreditation systems with global awareness and credibility in the end to end sustainability area