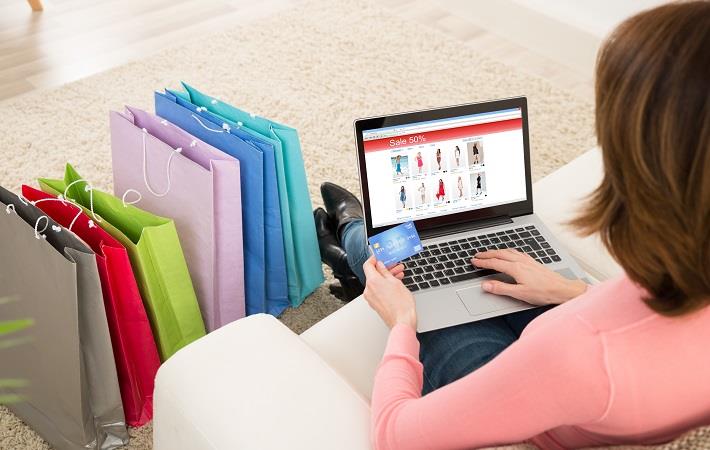 Pic: Shutterstock
Nosto, a Finland-based commerce experience platform, has released a new survey analysing all the retail verticals. According to the report, Black Friday online retail sales globally grew 14 per cent compared to 2019. Whereas, fashion & accessories sales reported a decline of 4 per cent, while health & beauty sector sales grew 22 per cent in 2020.
Home & garden sector sales rose 52 per cent as people continued to spend more on their homes in the pandemic-affected era. The food & beverages sales increased 45 per cent, the data suggests.
Globally there was a 50 per cent v 50 per cent split of orders coming from desktops and mobile phones, with stay-at-home shoppers spending 20 per cent more time on retail sites they visited and viewing 24 per cent more pages. Interestingly, retailers in the data sample were displaying 30 per cent more product recommendations this year to help holiday shoppers find products and offers most relevant to them.
The data from Nosto is based on nearly 84 million visits across 1,228 stores in North America, Europe, Latin America, Australia and New Zealand
Overall, across all verticals analysed in the study, the numbers indicate that traffic to online retailers went up 21 per cent, with sales up 14 per cent and average order value down 2 per cent on the back of retailers’ seasonal offers and discounts.
“It’s clear that the restrictions on going out during the pandemic have influenced holiday shopping demand with the home & garden and food & beverages sectors enjoying the most success this year as people focus on shopping to make the most out of their time shut away inside their homes,” Jake Chatt, Nosto’s head of brand marketing, said in a press release. “Health & beauty has also performed well with earlier research indicating that 44 per cent of consumers have purchased more beauty and skincare products online this year than in physical stores.”
“Fashion & accessories are showing the lowest seasonal shopping performance across all verticals – possibly because consumers have already spent most of the year purchasing home-friendly fashion, or that restrictions on social gatherings mean they are not bargain-hunting for clothes for seasonal parties. Alternatively, it may simply be that people have set their sites on other more essential products,” Chatt said.
Despite people going out less because of restrictions and concerns over the virus, retailers saw 64 per cent of traffic coming from mobiles phones (35 per cent from desktops) and an equal 50 per cent v 50 per cent split for orders coming from each. However, shoppers on desktops generated 53 per cent of sales compared with 47 per cent from phones, suggesting that bigger orders are likely to come on desktops. Shoppers are still less likely to make a purchase on their phones, with conversion rates averaging 5 per cent on desktops and 2 per cent on phones.

Nosto, a Finland-based commerce experience platform, has released a new survey analysing all the retail verticals. According to the report, Black Friday online retail sales globally grew 14 per cent compared to 2019. Whereas, fashion & accessories sales reported a decline of 4 per cent, while health & beauty sector sales grew 22 per cent in 2020.
More Press Release News - Finland...