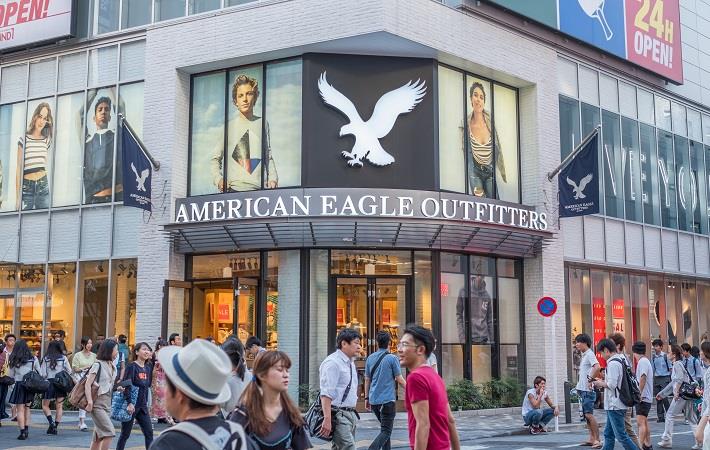 Pic: Shutterstock
American Eagle Outfitters (AEO), a specialty retailer offering on-trend clothing, has reported 15 per cent revenue decline to $884 million in its second quarter (Q2) fiscal 2020 ended on August 1, 2020, compared to $1.04 billion in the same period last year. Company incurred a net loss of $13.7 million compared to net income of $64.9 million in Q2 FY19.
“In the midst of an unprecedented crisis, we delivered a significant improvement from the first quarter throughout our business a true testament to the agility, talent and commitment of our team. Across brands, digital sales accelerated, and we successfully reopened stores during the quarter,” Jay Schottenstein, AEO’s chairman and chief executive officer, said in a press release.
Gross profit for the reported quarter fell to $265.1 million (Q2 FY19: $382.5 million). Selling, general and administrative expenses were down to $223.7 million ($253.0 million). AEO’s operating loss for Q2 FY20 was $12.2 million compared to operating income of $81.9 million.
By brand, American Eagle revenue decreased 26 per cent, while Aerie’s revenue jumped 32 per cent during the quarter. Company’s digital demand, as measured by ordered sales, increased 48 per cent in Q2 FY20. Aerie digital demand rose 113 per cent and AE increased 21 per cent.