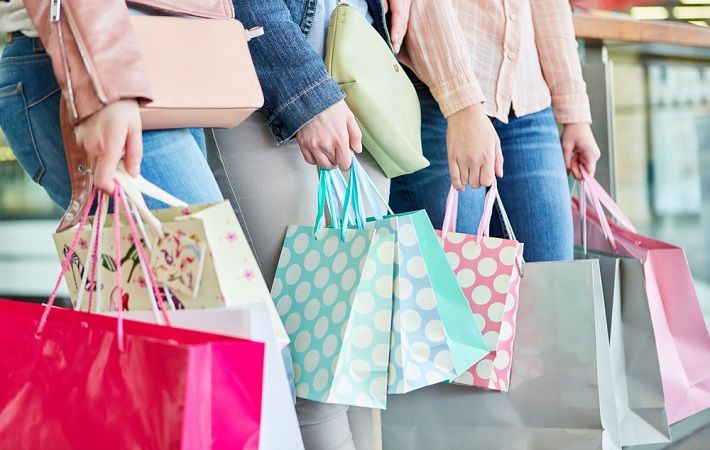 Pic: Shutterstock
Strong consumer spending in the US over the past year has been boosted by government stimulus programmes but will rely more on the labour market and job creation as the benefits of those efforts subside, as per the National Retail Federation (NRF). Meanwhile, higher wages that employers have had to pay could lead to more inflation in coming months.

“Consumer spending is currently far above pre-pandemic levels thanks to unprecedented monetary and fiscal policies that have backstopped demand by putting money into wallets,” said NRF’s Chief Economist Jack Kleinhenz. “But as the economy moves forward into the later months of 2021, federal aid will be tapering off and there will be an important focus on the ability of the labour market to generate ongoing strength in wages and salaries to support spending. US consumers remain in the mood to spend but the labour market and job creation will play an increasing role in their ability to do so.”

Strong consumer spending in the US over the past year has been boosted by government stimulus programmes but will rely more on the labour market and job creation as the benefits of those efforts subside, as per the National Retail Federation (NRF). Meanwhile, higher wages that employers have had to pay could lead to more inflation in coming months.

Even though the number of Americans out of work remains well above pre-pandemic levels, the number of initial jobless claims is returning to normal. Claims totalled 353,000 as of the week ending August 21, according to Labor Department data cited in the report. That was near the pandemic low seen the week before, and the four-week moving average for jobless claims was at its lowest point since mid-March 2020, just before the economy began to shut down because of the pandemic. Payrolls gained 943,000 jobs in July, the largest increase in 11 months, with gains in 38 states and stable employment in the remaining 12.

As of June, there were 10.07 million nonfarm job openings but only 9.48 million people seeking work – just under one unemployed worker for each job opening in the economy.

With more job openings than people looking for work, wages and salaries rose 3.2 per cent year-over-year for the 12 months ending in June. And the Employment Cost Index, which includes wages, benefits and other factors to measure total compensation costs while factoring out shifts between industries or occupations, grew 2.9 per cent, its largest increase since the end of 2018.

“The bulk of the recent upturn in U.S. inflation has been driven primarily by supply chain bottlenecks and low levels of inventories, but high labour costs are often passed on to consumers and are considered a precursor of broader inflation,” Kleinhenz said. “We will be monitoring labour market developments intently to determine if expanded payrolls expected in the coming months will influence inflationary pressure, especially as wages and salaries increase.”

The spreading delta variant of COVID-19 could cause ‘relatively modest’ disruption to retail sales but not likely enough for NRF to revise its forecast that 2021 sales should grow between 10.5 and 13.5 per cent over 2020. The variant could have a negative impact on restaurants, travel and accommodations, possibly causing a shift back to spending on retail goods after those service sectors saw gains this summer with the economy reopening.