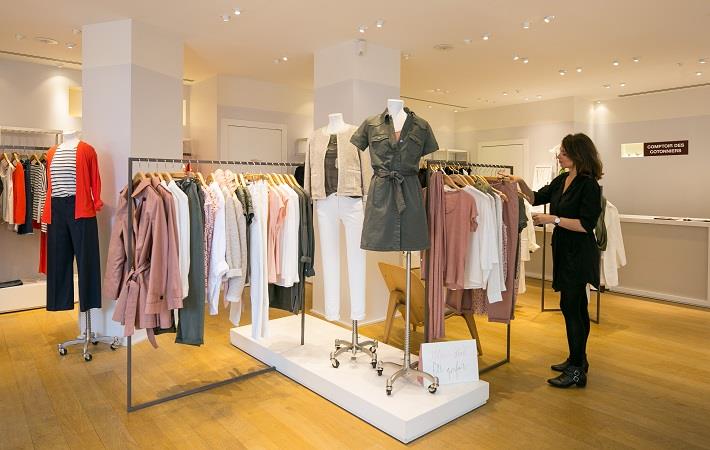 Pic: Fast Retailing
Japan based Fast Retailing Group's revenue and profit both declined in Q1 of FY 2020 (September - November 2019). Consolidated revenue totalled 623.4 billion yen (-3.3 per cent YoY) and operating profit totalled 91.6 billion yen (-12.4 per cent YoY). Significant reductions in profit from South Korea and Hong Kong is the reason for weak performance.
According to financial statement, Uniqlo Japan segment reported a decline in revenue but a rise in profit in Q1 FY 2020, with revenue totalling 233.0 billion yen (-5.3 per cent YoY) and operating profit totalling 38.5 billion yen (+1.6 per cent YoY).
Despite multiple strong-selling items, including new curved pants, souffle yarn sweaters, trendy sweat shirts and pants, and leggings, the decline in same-store sales was caused by weaker demand for thermal clothing during the warm weather and the Group's inability to sufficiently convey the attractiveness of in-focus, newsworthy products to their customers. E-commerce sales growth also slowed for the same reasons as for the Group's physical stores.
Uniqlo International segment reported a decline in revenue and profit in Q1 FY 2020, with revenue falling to 280.7 billion yen (-3.6 per cent YoY) and operating profit declining to 37.8 billion yen (-28.0 per cent YoY). However, excluding the declines in revenue and profit from South Korea and Hong Kong, the remaining Uniqlo International markets showed improvement in revenue and profit.
Looking at individual regions, if we exclude the exchange rate effect, both revenue and profit from Uniqlo Greater China increased. However, including the yuan depreciation effect and the decline in Hong Kong profit, Uniqlo Greater China operating profit declined in the three months ended November 30, 2019. Revenue and profit from Mainland China increased on strong sales of Fall/Winter ranges such as sweatshirts and pants, fleece, and flannel items. Mainland China e-commerce sales also continued to be strong, expanding by approximately 30 per cent YoY.
Uniqlo South Korea same-store sales declined sharply on the back of a move to boycott Japanese products that began in July 2019, resulting in an operating loss in the first quarter. Other Asia & Oceania operation, which includes Southeast Asian nations, Australia and India, continued to expand favourably, generating significant increases in both revenue and profit in the first quarter as expected. Indonesia and Philippines reported an especially strong performance led by double-digit growth in same-store sales.
Fast Retailing swiftly followed the opening of its first store in India in October 2019 with the opening of a second store the very next month. Both stores are reported to be performing strongly. Uniqlo North America reported rising revenue and profit on the back of revenue and profit increases from Canada. While Uniqlo Europe reported double-digit growth in first-quarter revenue, operating profit contracted slightly due to local currency depreciation. New operations launched over the past couple of years in Spain, Netherlands, and Italy performed strongly, with Italy in particular reporting higher-than-expected sales.
Uniqlo sister brand GU reported significant increase in both revenue and profit, with revenue climbing to 72.9 billion yen (+11.4 per cent YoY) and operating profit expanding to 12.3 billion yen (+44.4 per cent YoY). Same-store sales increased due to a product mix that adapted successfully to the warmer weather, as well as strong sales knitwear promoted in TV commercials and advertising campaigns, and light outerwear. On the profit front, GU's gross profit margin improved by an impressive 3.2 points due to a decline in the cost of sales generated by further aggregate purchasing of core materials and early submission of production orders, and less discounting of excess stock.
Global Brands segment revenue and profit both declined in the first quarter of fiscal 2020. Revenue totaled 36.1 billion yen (-11.4 per cent YoY) and operating profit at 1.8 billion yen (-31.5 per cent YoY).
Theory fashion label reported a decline in both revenue and profit after sales of winter items struggled slightly in Japan and the US due to the warmer weather worldwide. The Group's Japan-based PLST brand also reported a decline in revenue and profit. While clothes manufactured using the "cut-and-sew" method, cardigans and other Fall items sold well, sales of thermal outerwear and bottoms struggled. France-based Comptoir des Cotonniers brand's operating loss remained unchanged in the first quarter compared with the same period of fiscal 2019.
The Group's medium-term vision is to become the world's number one apparel retailer. In pursuit of this the group is focusing its efforts on expanding Uniqlo International, as well as the GU brand and their global e-commerce operation. The group had continued to increase Uniqlo store numbers in each markets and areas in which they operate, and open global flagship stores and large-format stores in major cities around the world to instill deeper and more widespread empathy for Uniqlo's LifeWear concept.
Within the Uniqlo International segment, Greater China (Mainland China, Hong Kong and Taiwan) and Southeast Asia are serving as the key pillars of Group's business and growth. In terms of GU segment, in addition to expanding the GU store network primarily in Japan, Fast Retailing is working to establish GU's position as the brand that offers fun fashion at amazingly low prices.
Fast Retailing is a company incorporated in Japan. The principal activities of the company and its consolidated subsidiaries are the operations of the Uniqlo business (i.e. casual clothing retail business operating under the Uniqlo brand in Japan and overseas), GU business (i.e. casual clothing retail business operating under the GU brand in Japan and overseas), Theory business (i.e. apparel design and retail business in Japan and overseas), and other businesses.

Turkey and Pakistan want to raise bilateral commercial and economic...

Expressing disappointment over the February 12 decision by the...