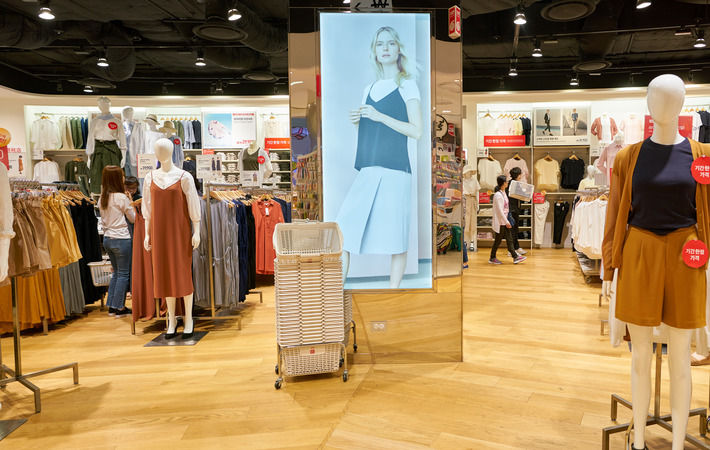 Pic: Shutterstock
Fast Retailing, a Japanese manufacturer and retailer, posted 0.5 per cent revenue decline to ¥1,202.8 billion (Japanese Yen) in its second quarter (Q2) YoY FY21 ended on February 28, 2021 compared to revenue of ¥1,208.5 billion in the same period prior fiscal. The company’s profit for the period rose 5.6 per cent to ¥109.2 billion (Q2 FY20: ¥103.4 billion).
Gross profit for the six month period rose to ¥600.6 billion (¥576.8 billion). Selling, general and administrative expenses were ¥420.7 billion (¥438.8 billion). The company’s operating profit jumped to ¥167.9 billion (¥136.7 billion).
Uniqlo Japan's revenue decreased 6.2 per cent to ¥492.5 billion (¥463.5 billion). Same-store sales for the first half were up 5.6 per due to strong sales of products such as loungewear and Heattech blankets that fulfilled customer demand for stay-at-home items, as well as buoyant sales of core Fall Winter items along with ultra-stretch active jogger pants and other items in our sport utility wear range, as company reported in a press release.
On the contrary, Uniqlo International’s revenue declined 3.6 per cent to ¥521.8 billion (¥541.2 billion) due to strong profit gain from Uniqlo Greater China. Uniqlo Europe and North America saw sales struggle in the face of especially severe Covid-19 conditions, but performance in East Asia was broadly strong.
GU business segment’s revenue marginally increased 0.3 per cent in Q2 FY21 to ¥132.6 billion (¥132.9 billion). While, Global Brands revenue slipped 22.2 per cent to ¥54.5 billion (¥70.1 billion).