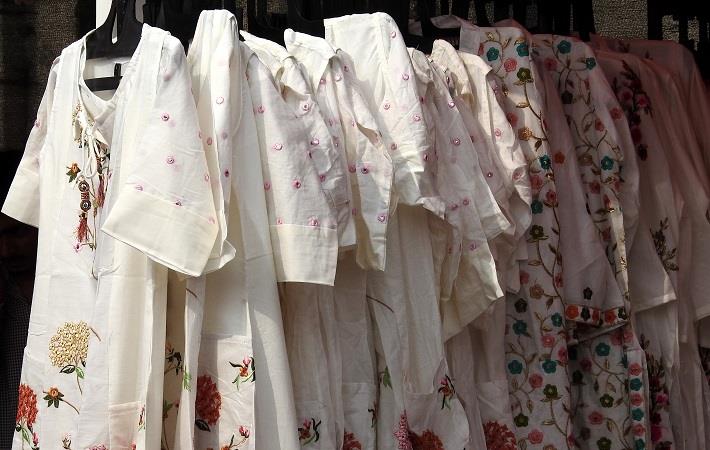 Pic: Shutterstock
India's sluggish economy and the eclipsed retail sector growth is impacting different real estate verticals, including retail leasing. In the top seven cities, retail leasing activity dropped by 35 per cent in 2019 as against the previous year – from 5.5 million sq ft in 2018 to 3.6 million sq ft in 2019, according to data from Anarock Property Consultants.

Downward revisions of GDP growth rate are bound to reflect in the consumption-driven retail industry. Demand across multiple sectors continues to fall as Index of Industrial Production (IIP) or factory output in September contracted by 4.3 per cent—the lowest in almost eight years.

"Discretionary spends remain low and the ticket sizes of purchases have shrunk—with predictable impact on retail leasing activity. Slow sales and sluggish activity across sectors such as automobiles, fashion and telecom are translating into reduced leasing across retail spaces as players shift their operational strategy," Anarock Retail MD & CEO Anju Kejriwal said in an article.

"In the fashion and apparel industry, sales of several brands have been hit by poor consumer spends. Even during the festive season, same-store sales shrunk and retailers are minimising capital-intensive ventures by scaling down expansion plans," Kejriwal said.

The apparel industry has been hit with a triple whammy—GST, credit squeeze on small and medium enterprises, and increased competition due to slowdown in global demand. According to the Apparel Export Promotion Council, India’s ready-made garments exports display a downward graph. Estimated at $1107.18 million in October 2019, the country’s apparel exports fell by 2.1 per cent from the corresponding period last year.

The demand for fashion products has been impacted, resulting in significant reduction in demand for new fashion-specific mall spaces by small local brands. Meanwhile, global brands are staying put but not currently expanding, according to Kejriwal.

"Many retailers must now consider consolidation and realignment of their operational structure. Long-vision players are taking steps to boost productivity through technological innovations, automation of production and analytics-driven decision making. The retail sector is also renewing its focus on consumer-centric strategies in order to strengthen customer loyalty," Kejriwal said.

Speaking about retail revival, he said, India’s retail sector is projected to grow to $1.3 trillion by 2020 from the level of $672 billion in 2017, and many retail players feel that the current slowdown is a short-term phenomenon. However, it will take more than optimism to pull the retail sector out of its current tailspin. What the retail industry needs is strong demand dynamics, sizeable funding and consistent policy support from the government to get past the slowdown.

Parveen Kumarr Sahni
Usha International
Recent surge in people pursuing sewing as hobby
Pratibha Sethi
MS CAFSEW COLOURS
The global kidswear market is booming
Jeffrey F Hsu
NTX
NTX Cooltrans system is not only scalable, but also modular
Ricardo Garay & Larissa Roviezzo
Regenerate Fashion
Real environmental and social sustainability and...
William Lundgren
Label - Bite Studios
We believe there is a craft to caring for your clothes
Payal Singhal
Label - Payal Singhal
My inspiration comes from problems for which we need to...
Rupa Sood and Sharan Apparao
Nayaab
We do not want to compromise on the quality we offer