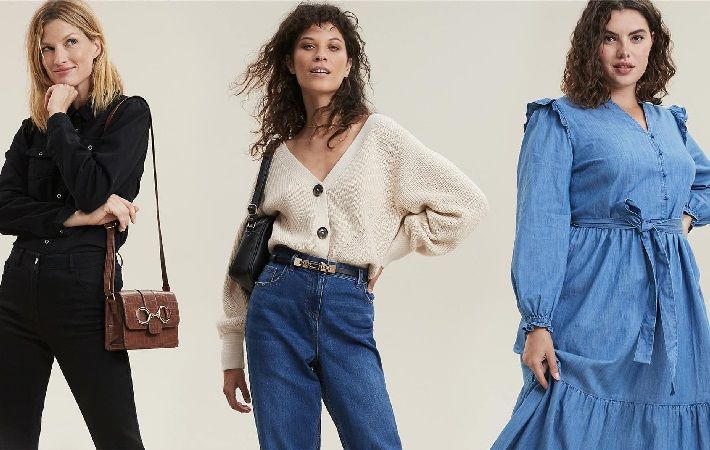 Pic: Matalan
Matalan, a UK-based omni-channel fashion and homeware retailer, reported sales jump to £221.8 million in its first quarter (Q1) of FY22 ended on May 29, 2021, against £75.3 million in the corresponding period of previous fiscal. EBITDA (earnings before interest, taxes, depreciation, and amortisation) for Q1 was £41.8 million (Q1 FY21: loss £10.2 million).
“In line with government guidelines, our stores reopened throughout April to a high level of pent up demand, with the response from customers to our convenient, large and safe shopping environments being extremely positive. As a result, stores have traded well and coupled with our online channel continuing to deliver strong growth, our performance across April and May was also ahead of the corresponding period two years ago,” Steve Johnson, executive chairman of Matalan, said in a press release.
“A key focus for us during the spring was not only to welcome customers back into our stores but to sell through the large volume of residual winter stock we carried over into the year. We achieved our objective of cleansing our stock mix by the end of May as well as getting an enthusiastic reaction from customers to the new ranges as they landed. Ladieswear was notably strong as customers sought fresh spring looks after several months of lockdown with our fantastic new dress ranges getting a particularly great reception,” Johnson added.
“Whilst our priority remains this immediate period of recovery, we have also developed an exciting growth plan that builds on our strong existing apparel-led proposition and transitions Matalan into being a truly multibranded omnichannel lifestyle retailer. This strategy represents a customer led and multi-year evolution, taking what is already great about Matalan and driving the core business forward, building our capabilities, unlocking new growth and repositioning our brand,” Johnson said in the release.