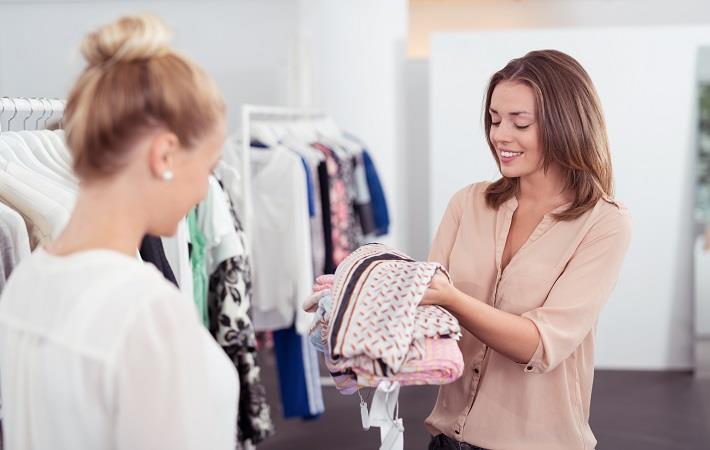 Pic: Shutterstock
The structural change in UK retail continues to unfold, with both employees and hours falling in Q3 2019, when compared to a year ago. Retail workforce in the United Kingdom witnessed the 15th consecutive quarter of year-on-year decline in the third quarter of 2019, according to Retail Employment Monitor of the British Retail Consortium (BRC).

During July-September quarter, full-time employment saw a decrease of 4.5 per cent compared to the decrease in part-time employees of 1.5 per cent. Total hours fell by 2.6 per cent, with full-time hours also seeing a greater reduction (3.2 per cent) than part-time hours (2.0 per cent). This represents a slight acceleration in the fall in employment, with the total number of employees falling by 2.3 per cent in Q2 and total hours falling by 2.5 per cent.

Around 62 per cent of retailers indicated plans to increase staff in the coming quarter, above the comparable figure of 43 per cent last year, while 38 per cent plan to keep their staff numbers unchanged (in line with the 36 per cent from last year). "No retailers surveyed expressed plans to reduce employment levels, as compared to 21 per cent last year. Retailers always increase workforce during the peak trading period. However, this seasonal pick-up in staffing is only temporary, designed to help retailers deal with increased demand during the Golden Quarter," BRC said in a statement.

The retail employment trends are in stark contrast to the UK labour market as a whole. According to the ONS UK employment increased by 0.3 percentage points on the year, reaching 75.9 per cent over the three months to August 2019, just below the record-high employment rate of 76.1 per cent.

"We expect the long-term decline in employment to continue due to a combined effect of the ongoing structural change, weak consumer spending and fierce competition within the industry," BRC said.

“We have seen a persistent downwards trend in retail employment over the past three years, with the Q3 fall of 2.8 per cent equivalent to a loss of 85,000 people across the UK retail industry in the preceding 12 months. Weak consumer demand and Brexit uncertainty continue to put pressure on retailers already focused on delivering the transformation taking place in the industry. While MPs rail against job losses in manufacturing, their response to larger losses in retail has remained muted.

“The Government should enact policies that enable retailers to invest more in the millions of people who choose to build their careers in retail. In order to promote innovation, training and productivity, Government must reform both the broken business rates system, and the inflexibilities of the apprenticeship levy. This will allow retailers to focus on enhancing their digital and physical offerings for customers, support the development of employees and ensure high streets remain diverse and exciting places for everyone,” BRC chief executive Helen Dickinson said.