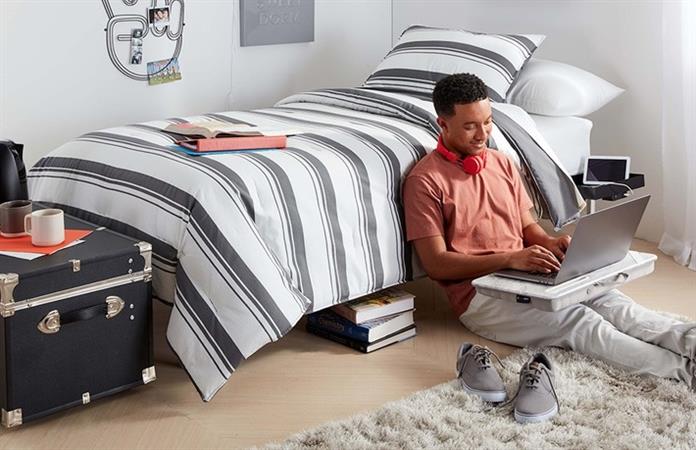 Pic: Bed Bath & Beyond
In its first quarter (Q1) FY20, Bed Bath & Beyond, a US-based omnichannel retailer, has reported 49 per cent sales decline to $1.3 billion compared to sales of $2.5 billion in same period last year.  However, digital channels for the quarter ended on May 30, 2020, grew 82 per cent, including growth in excess of 100 per cent during April and May.
Whereas sales from stores, of which 90 per cent of the company's total fleet were closed during the majority of the quarter, dropped 77 per cent.
“The impact of the Covid-19 situation was felt across our business during our fiscal first quarter, including loss of sales due to temporary store closures and margin pressure from the substantial channel shift to digital,” Mark Tritton, Bed Bath & Beyond's president and CEO, said in a press release.
“With nearly all stores now open, we are delighted to welcome back our customers and drive an enhanced omni-always shopping experience.”
Gross profit for company during Q1 FY20 fell to $348.4 million (Q1 FY19: $887.1 million). Selling, general and administrative expenses for the quarter were $724.1 million ($892.7 million). Company incurred an operating loss during the quarter of $460.9 million ($406.8 million). Net loss were $302.2 million ($371.0 million).
“We are encouraged by early customer response, including continued strong demand, in excess of 80 per cent, across our digital channels during the month of June, bolstered by the expansion of our Buy-Online-Pick-Up-In-Store (BOPIS) and Curbside Pickup services,” Tritton said. “We believe Bed Bath & Beyond will emerge from this crisis even stronger, given the strength of our brand, our people and our balance sheet.”