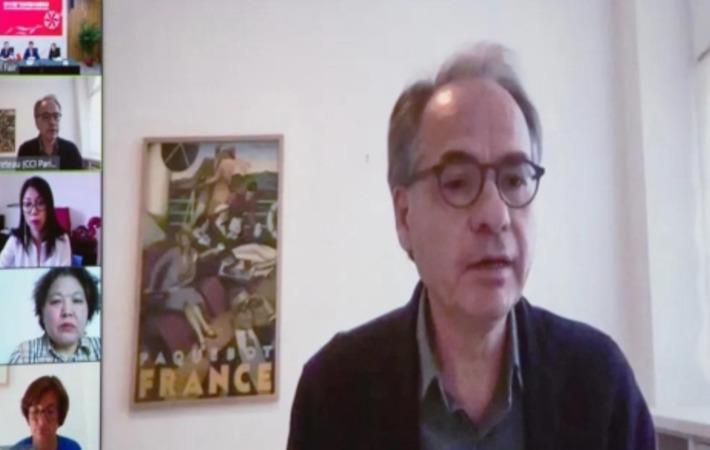 Pic: Canton Fair
The organisers of, 127th and first virtual China Import and Export Fair (Canton Fair), an international trade fair, have announced the launch of its first online promotion event for France. The “Cloud” event was joined by more than 50 local representatives of business association, buyers and the entrepreneurs from Paris, Lyon, Marseille, and Bordeaux.
More than 3000 buyers from France attend the Canton Fair each session. The promotional event has presented the Fair’s first virtual invitation to French companies and business owners. The event was designed to raise awareness of the digital technology adopted to create Canton Fair's first online exhibition, such as the registration process, live broadcasts and negotiation appointments.
The organisers stated that the pandemic has had a considerable impact on international trade and investment. Further promoting the Sino-French business connection, the Canton Fair contributes to the joint response to Covid-19 and world trade and economic stability.
Gao Yuanyuan, minister counselor of the economic and commercial office of the Chinese embassy in France, noted in her event remarks, that during the 56 years of Sino-French diplomatic relations, Canton Fair has been supporting China-EU economic and trade cooperation. In a new and open post-pandemic era, the connection will bring more opportunities for both countries to pursue joint development in economic and commercial fields.
Alain Eygreteau, vice-president of Paris Ile-de-France chamber of commerce and industry, pointed out that the cloud promotion event marked the friendly relations between France and China, as well as between ICC Paris Region and Canton Fair.
“Global buying and selling will help create a win-win scenario for international trade,” Xu Bing, vice secretary general and spokesperson of the Canton Fair and deputy director general of China Foreign Trade Centre, said in a press release.
Further, the Canton Fair will host more than 20 promotion cloud events around the world. Working with global partners, associations and buyer networks, Canton Fair will help buyers to adapt to a new model of online trade.