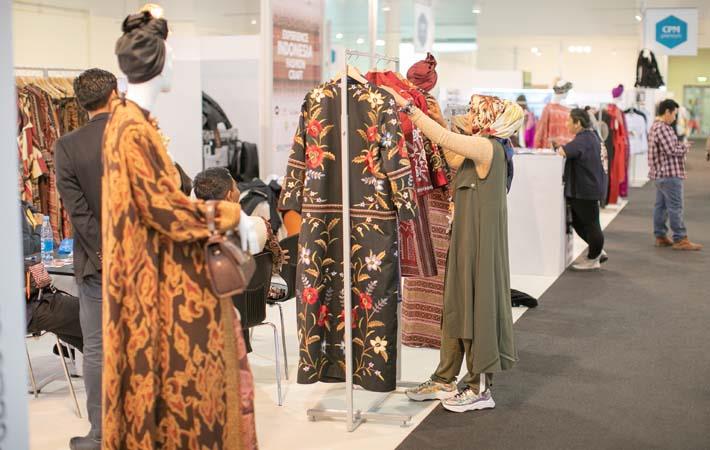 Courtesy: CPM Moscow
As any as 750 brands from 30 countries exhibited in various segments including premium, accessories, shoes, kids, body & beach and evening wear at the recent CPM Moscow, the largest order platform for the Russian and Eastern European fashion market. The 31st edition of the exhibition attracted 21,500 professional visitors from Europe, Russia and the EEU.

"Slight fluctuations are normal for the Russian market and not worrying for us. Time and time again, the past has shown us that although such market-specific issues are reflected in waves at CPM, the very stable core of the trade fair is not affected by them. So, in that respect, we are ending this edition on a very positive note," said Thomas Stenzel, managing director of OOO ‘Messe Düsseldorf Moscow’. "On the whole, a positive upward trend can be seen in the Russian textile clothing market. Since last year, the retail sector has once again been reporting a significant increase in turnover of more than 10%. In 2018, this is expected to increase by a number of percentage points compared to the previous year."

"There continues to be a strong international focus on the potential of the Russian market. In addition, the Russian retail trade clearly sees itself as responsible for meeting the high demand for Russian labels in combination with foreign ones. The passion for fashion here continues unabated. CPM is an absolute must-attend event," continued Stenzel.

As any as 750 brands from 30 countries exhibited in various segments including premium, accessories, shoes, kids, body & beach and evening wear at the recent CPM Moscow, the largest order platform for the Russian and Eastern European fashion market. The 31st edition of the exhibition attracted 21,500 professional visitors from Europe, Russia and the EEU.#

"We are continuing on the path to success with our partners and attracting our audience with a concentrated visitor concept and information offers with strong content. All seminars were fully packed out, which was remarkable, especially considering that the RFRF (Russian Fashion Retail Forum) was significantly larger this time. The different countries were also strongly represented. This time, 'Mode in France' contributed to the image more strongly than ever before. Reason enough to enter into new agreements with the Expocentre and to look very positively ahead to 2019," explained Stenzel.

"CPM Moscow’s strengths still lie in its excellent international image. All the many country pavilions did a very good job and contributed to a successful event. I was delighted to see how strongly France, as one of the world’s most important fashion countries, positioned itself and conveyed the French image at CPM," said Christian Kasch, project director, International of CPM and Member of the CPM board.

"This edition has once again shown that CPM is the No. 1 business platform for the fashion market in Eastern Europe! Compared to the same season last year, we are clearly seeing further growth rates for the Eastern European segment. Thanks to the state support provided to Russian companies, the number of new exhibitors from Russia has continued to increase. Also worthy of particular mention are the collective country booths, such as that of Kyrgyzstan and, for the first time, also Armenia. These countries have already announced their participation in the next edition of CPM and expressed a wish to increase their booth areas," said Nikolay Yarzew, Russian CPM project director of OOO ‘Messe Düsseldorf Moscow’. (RR)