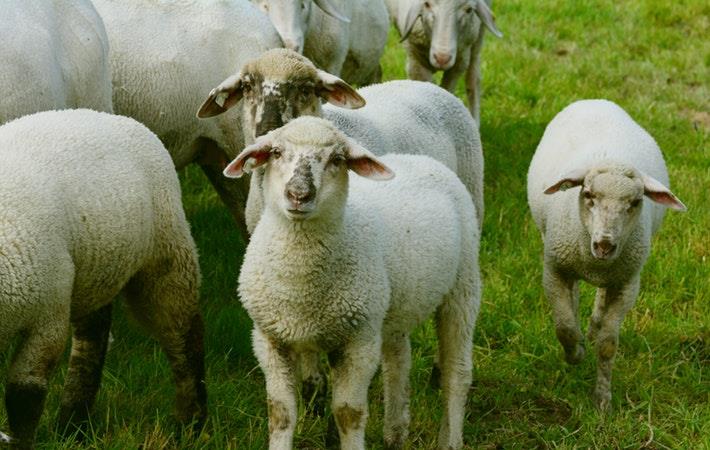 Courtesy: Pexels
Australian wool auction prices declined this week due to the price resistance that has been simmering for a fortnight. All wool types and descriptions on offer were adversely affected to varying degrees, but it was the carding sector that was hardest hit, though all wools broader than 18.5 micron are coming off the strongest Spring levels seen.

The Australian Wool Exchange (AWEX) Eastern Market Indicator (EMI) fell by 2.6 per cent or 54ac to close at 2013ac clean/kg for the week, during the sale week 13 of the current season ending September 28.

In US dollar (USD) terms too, the indicator shifted to the buyers’ advantage and fell 3 per cent or 45usc lower to 1456 usc clean/ kg by the close of selling. This is the lowest that indicator has been since the second week of May. Likewise, the Chinese yuan equivalent indicator was also 2.6 per cent lower, but it was those manufacturers using the euro who extracted the most discount as that indicator was 3.15 per cent lower across all wools.

“The declining fortunes of the short-term market are thought to have partly originated from local buyers in Australia rather than wholly from overseas. The sentiment from off shore Chinese traders, agents, users and manufacturers was perhaps considered to be too negative, and therefore too much of a risk for the local buyers to keep backing the market speculatively,” the Australian Wool Innovation (AWI) said in its latest ‘Wool Market’ weekly report.

During the week, a few of the largest Australian buyers appeared to simply step away from their normal purchasing behaviour and intensity. “With such heavyweight buyers out of the major action, the inevitable cheaper market eventuated,” the report said.

Meanwhile, European interest remained evident in the auction rooms and purchasing power was very strong on all better wools finer than 19 micron.

The question being posed for overseas mills as to what is the “right” price to pay has become a more urgent one to answer as each passing week sees no evidence of a surge in volume of wool becoming available, particularly merino, according to AWI.

“Another key factor is declining quality within much of the selection. The clips from drought affected zones have yields that are becoming increasingly harder to place into standard type contracts,” the report added.

A substantially larger quantity of 42,500 bales will be on offer at auctions next week. “So, some new orders will be necessary to stimulate activity,” AWI said. (RKS)

Australian wool auction prices declined this week due to the price resistance that has been simmering for a fortnight. All wool types and descriptions on offer were adversely affected to varying degrees, but it was the carding sector that was hardest hit, though all wools broader than 18.5 micron are coming off the strongest Spring levels seen.
More Australian Wool Innovation Limited News... More Textiles News - Australia...