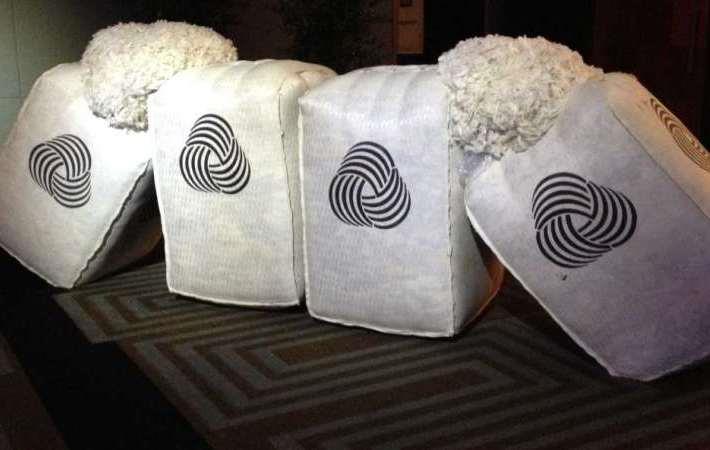 A further 1 per cent in general was added to price levels at the Australian wool auction markets this week ending December 2. The Merino sector of all types and descriptions continued to dominate the interest of buyers, although the week saw more intense activity contract in mainly wools of 18.5 micron and finer. Chinese activity was again very much seen.

However, forward sellers and traders provided plenty of competition as the end of the first half of the season approaches rapidly. The Eastern Market Indicator (EMI) advanced by 15ac clean/g to conclude the week setting a new seasonal high level of 1378ac clean/g.

The stronger AUD failed to dampen purchasing momentum from China, with many indent orders still very much apparent in the market, the Australian Wool Innovation (AWI) report said. Those spot buying orders were very strong, not only for price but also for quality. Many of those mills were appearing to be looking to improve their quality of input by concentrating on the better wools available.

Premium pricing was apparent particularly in regards to higher strength (nkt - newtons per kilotex) and lower calculated CVH (co-efficient of variation hauteur) sale lots. These types are traditionally the domain of the Italian buyers, but this week saw many of those better lots heading to China.

Much speculation is being made as to the significant moves upwards the past few weeks, led by China. Lack of global stocks of Merino throughout the supply chain remains key, but issues have emerged around the Chinese annual country specific quota (CSQ). Many users in China are fulfilling this year's allocation prior to the New Year. Demand also appears to have picked up year to year, as prices are 10 per cent higher in an offered volume of first hand wool at auction that is 6.2 per cent larger. Anecdotally, a lot of that improving demand is in the recovering weaving sector which generally requires longer wools.

In stark contrast to the merino sector, all crossbred types sold at generally unchanged to slightly dearer levels in large volumes.

Over 53,000 bales of wool is to be offered at next week's auction. All centres closed the week at irregular levels, and orders are being filled so fresh orders are possibly needed to fuel the market further, AWI said. (RKS)