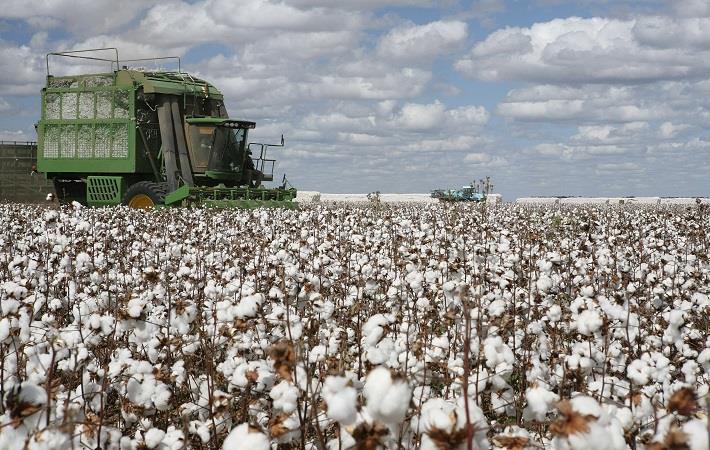 Pic: Shutterstock
Prices continued to drop in Brazilian cotton market in July 2019. The CEPEA/ESALQ cotton Index, with payment in 8 days, has been dropping since late May. Between June 28 and July 31, the Index decreased 7.7 per cent, closing at 2.5065 BRL per pound on July 31. The average price in July, at 2.6244 BRL per pound, is 6.1 per cent lower than that in June 2019.
The fall in cotton prices is despite the low supply, which kept the trading pace slow in the domestic market. The low supply is due to a delay in the harvesting of the 2018-19 crop—and consequently in cotton processing—because of rains in mid-May and colder weather in some areas of Mato Grosso and Bahia, the two leading cotton growing states, Center for Advanced Studies on Applied Economics (CEPEA) said in its latest fortnightly report on the Brazilian cotton market.
Trades for future delivery were also slow in July. Many of the deals for exports were based on the contracts at the New York Stock Exchange (ICE Futures). In the Brazilian market, however, deals were closed at fixed prices (Real or US dollar)—and / or to be fixed (Index or ICE Futures)—involving the cotton from both the 2018-19 and the 2019-20 seasons, the report said.
Meanwhile, cotton harvesting in Mato Grosso has reached 25.36 per cent of the total estimated area of 1.072 million hectares, according to data from Instituto Matogrossense de Economia Agropecuária (IMEA or the Mato Grosso Institute of Agricultural Economics).
According to data from the BBM tabulated by CEPEA, 74.7 per cent of the 2017-18 Brazilian crop, estimated at 2.005 million tons, may have been marketed until July 30. Of this total, 58.2 per cent was allocated to the domestic market, 31.5 per cent to the international market, and 10.3 per cent to flex contracts (exports with an option to sell in the Brazilian market).
For the next season, i.e. 2018-19, data indicate that at least 36 per cent of the output (estimated by Conab at 2.665 million tons) was traded in that same period, with 46.3 per cent allocated to the domestic market, 35.6 per cent to exports, and 18.1 per cent to flex contracts. (RKS)