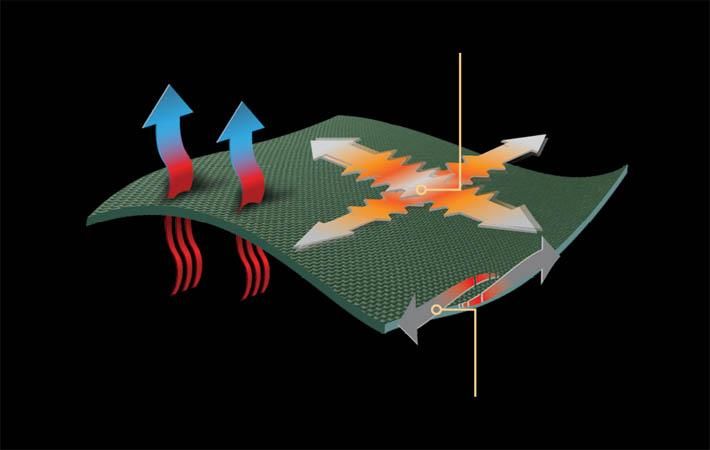 Pic: Invista
Invista’s Cordura brand has played a central role in recent success of Cateks, which won a major contract from Ministry of Defence in Slovenia. Cateks is one of the oldest-established mills in Croatia and one of Invista’s most important partners in Europe. The fabric to be used in uniforms for Slovenia’s armed forces will be Cordura Nyco.

This results in significantly enhanced abrasion and tear resistance, delivering the exceptional level of durability demanded by garments destined to be worn in the toughest and most hostile environments. This high level of durability pays off in two ways: it means the uniforms can perform more effectively in action, while being more cost effective thanks to a longer life cycle.

At the same time, the high cotton content helps make the fabric easy and comfortable to wear over prolonged periods in action – an essential quality in uniforms for military and tactical wear.

Cooperation between Invista and Cateks has gone from strength to strength, beginning in 2007 with a major project to supply the Croatian Army with Cordura Nyco. This project continues to the present day and has helped to promote the benefits of Cordura Nyco to an ever-growing number of military and law enforcement organisations – in the European Union and worldwide.

“In addition to Slovenia, our company has so far manufactured fabrics for the armies of Lithuania, Latvia, Hungary, Kuwait, Montenegro. We are currently developing projects for the military, special forces units or police in the Czech Republic, Poland, Austria, the Netherlands, Estonia, Italy, the Nordic countries and others,” said Davor Sabolic, director, Cateks.

Cateks is the largest manufacturer of specialised military Cordura Nyco fabric in Europe and will be supplying the Slovenian MOD with approximately 180,000 metres over a three-year contract, which the company says is valued at an estimated €3 million.

Cateks is also active in driving forward other major on-going projects that will further increase the presence of Cordura Nyco in military and law enforcement organisations throughout the world.

Known for its resistance to abrasions, tears and scuffs, Cordura fabric is a primary ingredient in many of the world’s leading high-performance gear and apparel products ranging from backpacks and luggage to footwear, military equipment, tactical wear, workwear and performance apparel. The Cordura brand is a trademark of Invista, one of the world’s largest integrated polymer, intermediates and fibres businesses.

The US Food and Drug Administration (FDA) issued an immediate...