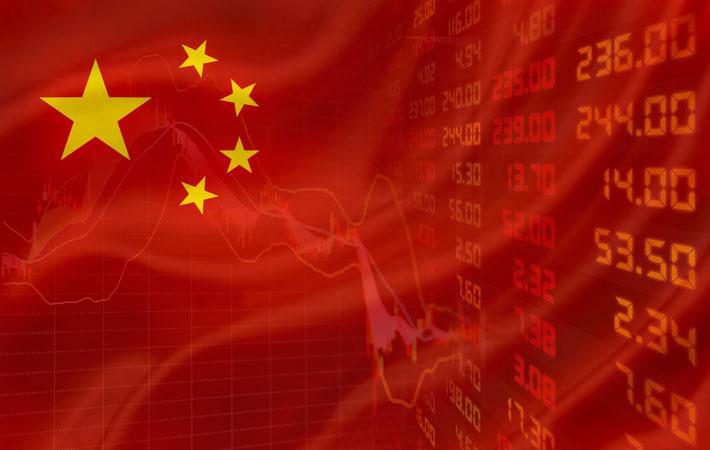 Pic: Shutterstock
China's top economic priority in 2020 is to build a moderately prosperous society in all respects with regulatory support, policymakers and analysts said recently. A key task is to double 2010's gross domestic product (GDP) by the end of 2020, the closing year of the 13th five-year plan, officials said after the annual Central Economic Work Conference.

That will require an economy operating within a reasonable range, including maintaining an appropriate growth speed, stabilising prices, keeping unemployment low and maintaining equilibrium in the international balance of payments, the experts were quoted as saying by a Chinese government website.
China's top economic priority in 2020 is to build a moderately prosperous society in all respects with regulatory support, policymakers and analysts said recently. A key task is to double 2010's gross domestic product (GDP) by the end of 2020, the closing year of the 13th five-year plan, officials said after the annual Central Economic Work Conference.#

"The quantitative targets will be made clear at the National People's Congress in March," Han Wenxiu, deputy head of the office of the Central Commission for Financial and Economic Affairs, said at a forum this month. The forum was hosted by the China Centre for International Economic Exchanges.

Because the situation in different regions varies, local authorities should set their own targets based on those conditions, Han said. China should be fully prepared to overcome the difficulties that lead to economic downward pressure, he said, adding that the country is at a critical moment in transforming its development model, optimizing the economic structure and identifying the driving forces of growth.

The ‘three tough battles’—poverty reduction, effective prevention and control of financial risks and environmental protection—are also key tasks for 2020 that should be carried out, Han said.

To achieve next year's targets, China will make economic stability its top priority. Measures will be taken to encourage supply-side structural reform and strike a ‘dynamic balance’ between supply and demand, said Ning Jizhe, vice-minister of the National Development and Reform Commission.

"China will continue to implement its proactive fiscal policy and prudent monetary policy, and strengthen its countercyclical adjustments. Both industrial production and consumption should be further upgraded and boosted," Ning said.

The three-day annual Central Economic Work Conference concluded that the policy framework of stable macro policies and flexible micro measures must be upheld to ensure that key tasks are met next year. The meeting also emphasized that the small and medium enterprises (SME) financing guarantee system should be improved, and the building of an SME credit information platform should be accelerated.

The meeting encouraged technology-driven SMEs to go public, as a way to reduce their financing costs. It also reinforced the principle of protecting SME property rights and intellectual property, saying those will be improved, according to the statement.

Sudhir Shenoy
Dow India
Our focus is on innovating in India, for India

Dirk Vantyghem
EURATEX
Future lies in reconciling sustainability and...
Alberto Gotti
Danitech
Producing a new line of yarn dyeing machines
Sandeep Suri
OCM Private Limited
The cornerstone to our success has always been quality and...
Ishak Aydin Ozturk
Ekoten
Functional textiles is one of the most important and...
Baukjen de Swaan Arons
Isabella Oliver
Isabella oliver is catering to expecting mothers since...
Anjali Bhaskar
Samatvam
Traditional wear with a touch of modern essence
Francesco Pesci
Brioni
The company represents the cutting edge of the sartorial...