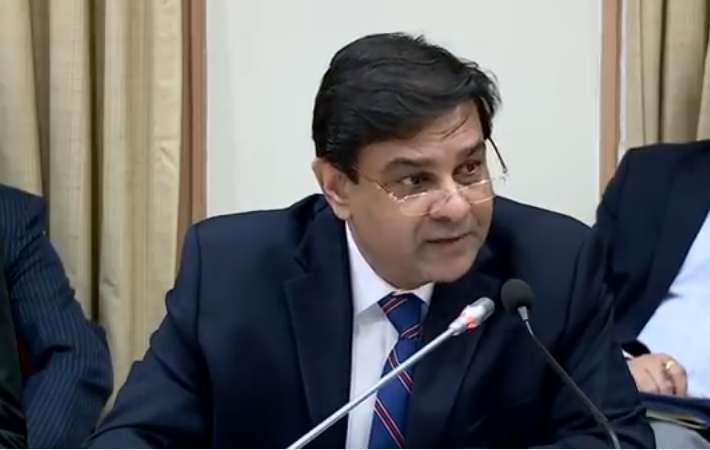 RBI Governor Urjit Patel addressing a press conference. Courtesy: Youtube
Defying market expectations, the Monetary Policy Committee (MPC) of the Reserve Bank of India (RBI) today decided to keep the policy repo rate under the liquidity adjustment facility (LAF) unchanged at 6.25 per cent. Consequently, the reverse repo rate under the LAF remains unchanged at 5.75 per cent, and the MSF rate and the Bank Rate at 6.75 per cent.

“The decision of the MPC is consistent with an accommodative stance of monetary policy in consonance with the objective of achieving consumer price index (CPI) inflation at 5 per cent by Q4 of 2016-17 and the medium-term target of 4 per cent within a band of +/- 2 per cent, while supporting growth,” the fifth Bi-monthly Monetary Policy Statement, 2016-17 Resolution of the MPC said.

In its assessment of the current economic and monetary situation, MPC said global growth picked up modestly in the second half of 2016, after weakening in the first half. “Activity in advanced economies (AEs) improved hesitantly, led by a rebound in the US. In the emerging market economies (EMEs), growth has moderated, but policy stimulus in China and some easing of stress in the larger commodity exporters shored up momentum.”

World trade is beginning to emerge out of a trough that bottomed out in July-August and shows signs of stabilising. Inflation has ticked up in some AEs, though well below target, and is easing in several EMEs. Expectations of reflationary fiscal policies in the US, Japan and China, and the waning of downward pressures on EMEs in recession are tempered by still-prevalent political risks in the euro area and the UK, emerging geo-political risks and the spectre of financial market volatility.

Speaking about domestic front, the MPC said the growth of real gross value added (GVA) in Q2 of 2016-17 turned out to be lower than projected on account of a deeper than expected slowdown in industrial activity. Manufacturing slowed down both sequentially and on an annual basis, with weak demand conditions and the firming up of input costs dragging down the profitability of corporations. Gross fixed capital formation contracted for the third consecutive quarter. Although government final consumption expenditure slowed sequentially, it supported private final consumption expenditure, the mainstay of aggregate demand. The contribution of net exports to aggregate demand remained positive, but on account of a sharper contraction in imports relative to exports.

“The bi-monthly review is set against the backdrop of heightened uncertainty. Globally, the imminent tightening of monetary policy in the US is triggering bouts of high volatility in financial markets, with the possibility of large spillovers that could have macroeconomic implications for EMEs. In India, while supply disruptions in the backwash of currency replacement may drag down growth this year, it is important to analyse more information and experience before judging their full effects and their persistence – short-term developments that influence the outlook disproportionately warrant caution with respect to setting the monetary policy stance,” MPC said. (RKS)

Inflation in Turkiye climbs to nearly 70% in Apr