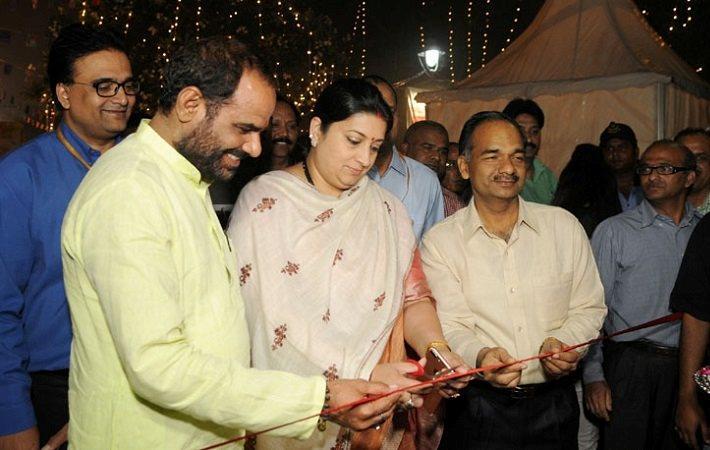 Lodging and boarding arrangements will also be made for artisans coming from outside Delhi, as opposed to the cash rebate they are given at present, said Irani. She further announced that artisans belonging to Below Poverty Line category would be provided stalls at concessional rates.

âThe national handicrafts fair is being organised with an aim to provide an opportunity for even the poorest of the poor artisans to come to the national capital and display their products, in line with the Government's developmental philosophy of 'Sab Ka Saath Sab Ka Vikas',â said Irani while interacting with media persons during the inauguration.

The event is showcasing the best of Indian handicrafts in quality, design and versatility from all over the country. It is organised as an exclusive fair for handicraft products in India at a grand scale to increase visibility of the products in domestic market.

The programme benefits the artisans from clusters who are unable to participate in international fairs due to high costs. The space rental and infrastructure is being provided free of cost to the participants.

The fair is being promoted and marketed by council of handicrafts development corporations (COHANDS), with financial assistance from the office of development commissioner (handicrafts). It will remain open for public till November 15, 2016. (KD)