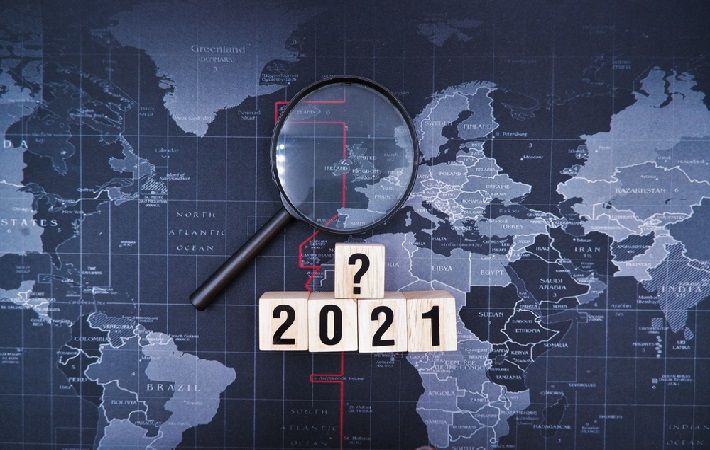 Pic: Shutterstock
While the global growth outlook has improved, led by robust rebound in China and the US, surging COVID-19 infections and inadequate vaccination progress in many countries threaten a broad-based recovery of the world economy, says the latest United Nations forecast. The widening inequality casts a shadow over projected 5.4 per cent global growth in 2021.

According to the World Economic Situation and Prospects (WESP) mid-2021 report, following a sharp contraction of 3.6 per cent in 2020, the global economy is now projected to expand by 5.4 per cent in 2021, reflecting an upward revision from the UN forecasts released in January this year.

Amid rapid vaccinations and continued fiscal and monetary support measures, China and the United States – the two largest economies – are on the path to recovery. In contrast, the growth outlook in several countries in South Asia, sub-Saharan Africa, and Latin America and the Caribbean, remains fragile and uncertain. For many countries, economic output is only projected to return to pre-pandemic levels in 2022 or 2023, the WESP report said.

“Vaccine inequity between countries and regions is posing a significant risk to an already uneven and fragile global recovery,” said UN chief economist Elliott Harris. “Timely and universal access to COVID-19 vaccinations will mean the difference between ending the pandemic promptly and placing the world economy on the trajectory of a resilient recovery, or losing many more years of growth, development and opportunities.”

Global merchandise trade has already surpassed pre-pandemic levels, buoyed by strong demand for electrical and electronic equipment, personal protective equipment, and other manufactured goods. "Manufacturing-dependent economies have fared better, both during the crisis and the recovery period, but a quick rebound looks unlikely for tourism- and commodity-dependent economies," the report underscored.

While the pandemic has reduced labour force participation by 2 per cent worldwide, compared to only 0.2 per cent during the global financial crisis of 2007-2008, more women than men were forced to leave the work force altogether, further widening gender gaps in employment and wages, the report highlighted. Women-owned businesses have also fared disproportionately worse.

“The pandemic has pushed nearly 58 million women and girls into extreme poverty, dealing a huge blow to poverty reduction efforts worldwide, and exacerbated gender gaps in income, wealth and education, impeding progress on gender equality,” said Hamid Rashid, the chief of the Global Economic Monitoring Branch at the UN Department of Economic and Social Affairs, and the lead author of the report.

“Fiscal and monetary measures to steer recovery must take into account the differentiated impact of the crisis on different population groups, including women, to ensure an economic recovery that is inclusive and resilient,” Rashid added.

While the global growth outlook has improved, led by robust rebound in China and the US, surging COVID-19 infections and inadequate vaccination progress in many countries threaten a broad-based recovery of the world economy, says the latest United Nations forecast. The widening inequality casts a shadow over projected 5.4 per cent global growth in 2021.
More United Nations News... More Textiles News - Global...

The US Federal Trade Commission (FTC) recently voted to retain the...

The UK Fashion & Textile Association (UKFT) has started working with...

Kontoor Brands, an American apparel company with denim brands like...

Luxe Maison is a premiere haute couture e-boutique established after 2015. ...