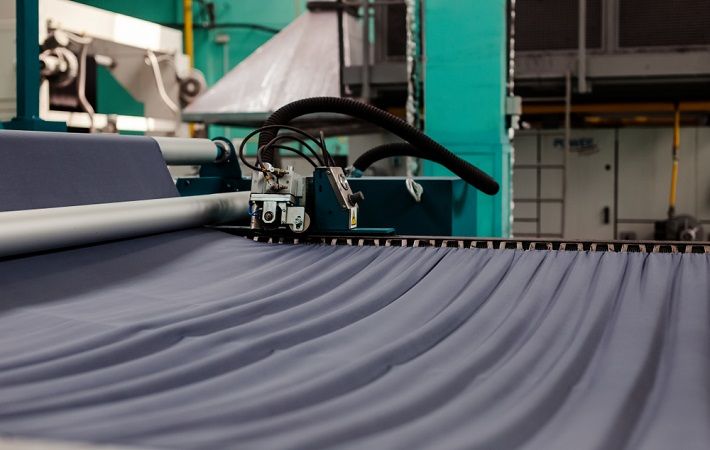 Pic: Shutterstock
EURATEX, the voice of the European textile and clothing industry, has called on the European institutions to implement a new industrial strategy which will effectively support the European textiles industry. EURATEX has also said that the EU should create an environment – both inside the single market and globally – where everybody plays by the same rules.

On the occasion of releasing its 2021 Spring Report, EURATEX said it welcomes the fact that textile and clothing (T&C) industry is recognised as one of the 14 essential ecosystems of the European economy, but "we need to take effective measures to support these sectors, and take into consideration the global dimension."

Economic data for 2020 in EURATEX Spring Report show preoccupying trends. Figures reflect a dramatic contraction in demand and production: EU turnover contracted by 9.3 per cent in textiles (which is in line with the general manufacturing average) and by 17.7 per cent in clothing, compared with 2019.

Furthermore, supply chain disruptions and substantial price increases of some raw materials are putting significant pressure on the T&C industries across Europe. The trade deficit for European textiles and clothing jumped from €47 billion in 2019 to €62 billion in 2020, an increase of more than 30 per cent, which is almost entirely due to the import of face masks and related products from China. More recent figures from the first quarter of 2021, however, indicate some signs of recovery.

"That figure (30 per cent increase in trade deficit for European T&C industry) illustrates very well today’s political discussions on the future of the European industry. Many European companies have made considerable efforts to adapt their production to the pandemic, but clearly this was not enough. Whether the production cost in Europe is too high or the EU should adapt its procurement rules, the industry needs have a coherent long-term plan to become more competitive and conquer new markets," EURATEX said in a media statement.

Highlighting the critical role of the new EU industrial strategy, the EURATEX General Assembly said, "The inclusion of textiles and clothing in the fourteen ecosystems is a step in the right direction to consolidate the industrial base but we should look also at the global challenges. European companies should continue investing in innovation, design and quality, in combination with a structural move towards more sustainable textiles."

“We should build a transition pathway which is based on an honest dialogue between the industry and policy makers, ensuring an effective level playing field,” said EURATEX president Alberto Paccanelli. “I am also glad that TEKO, the Swedish Association for textiles and fashion companies, became again one of our members. It is sign that the industry is united. It is now time that the EU institutions deliver on their promises.”

EURATEX, the voice of the European textile and clothing industry, has called on the European institutions to implement a new industrial strategy which will effectively support the European textiles industry. EURATEX has also said that the EU should create an environment â both inside the single market and globally â where everybody plays by the same rules.
More EURATEX News... More Textiles News - Europe...