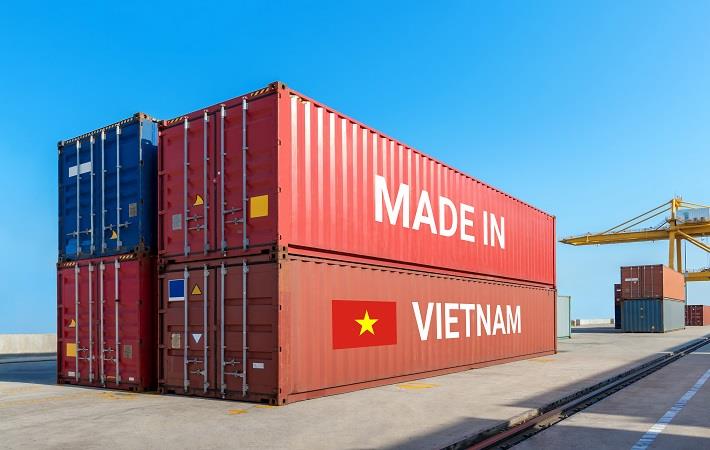 Pic: Shutterstock
The EU-Vietnam free trade agreement (EVFTA), termed the “most modern and ambitious agreement ever concluded between the EU and a developing country”, has been approved by European Parliament. EVFTA, which includes binding rules on climate, will gradually eliminate almost all customs duties, and brings EU a step closer in trade with Southeast Asia.

Members of European Parliament (MEPs) gave their consent to the free trade agreement by 401 votes, 192 votes against and 40 abstentions. EVFTA will contribute to setting high standards in the region, and could lead to a future region-to-region trade and investment agreement, said the Parliament, in an accompanying resolution adopted by 416 votes for, 187 against and 44 abstentions. The agreement is “a strong signal in favour of free, fair and reciprocal trade, in times of growing protectionist tendencies and serious challenges to multilateral rules-based trade,” MEPs stressed.

The agreement will remove virtually all customs duties between the two parties over the next ten years, including on Europe’s main export products to Vietnam: machinery, cars, and chemicals. It extends to services such as banking, maritime transport and postal, where EU companies will have better access. Companies will also be able to bid on public tenders put out by the Vietnamese government and several cities, including Hanoi. The deal also safeguards 169 emblematic European products.

In addition, the agreement is an instrument to protect the environment and to sustain social progress in Vietnam, including labour rights. It commits Vietnam to apply the Paris Agreement. Vietnam committed to ratify two bills as requested by Parliament, one on the abolition of forced labour, the other on freedom of association, by 2020 and 2023, respectively. There is also a provision to suspend the trade deal if there are human rights breaches.

“History shows that isolation does not change a country. That is why Parliament voted in favour of this trade agreement with Vietnam. With it, we strengthen the role of the EU in Vietnam and the region, ensuring that our voice has more weight than before. This is particularly important on issues on which we disagree, such as the role of the free press or political freedom. We also extend the room for manoeuvre of civil society. Our work from now on is to make sure the agreement is put into practice,” said chair of the committee Bernd Lange (S&D, DE).

The EVFTA can enter into force once the European Council formally concludes the trade agreement and the parties notify each other that their procedures are closed. For the investment protection agreement to enter into force, EU member states’ parliaments first need to ratify it.

Currently, Vietnam is the EU's second largest trading partner in the Association of Southeast Asian Nations (ASEAN) after Singapore, with trade in goods worth €47.6 billion a year and €3.6 billion when it comes to services. EU exports to the country grow by 5-7 per cent annually, yet the EU’s trade deficit with Vietnam was €27 billion in 2018.

The main EU imports from Vietnam include telecommunications equipment, clothing and food products. The EU mainly exports goods such as machinery and transport equipment, chemicals and agricultural products to Vietnam.

The EU-Vietnam free trade agreement (EVFTA), termed the âmost modern and ambitious agreement ever concluded between the EU and a developing countryâ, has been approved by European Parliament. EVFTA, which includes binding rules on climate, will gradually eliminate almost all customs duties, and brings EU a step closer in trade with Southeast Asia.
More European Union News... More Textiles News - Europe...

US firm Kontoor Brands to finalise GHG emissions targets in 2022