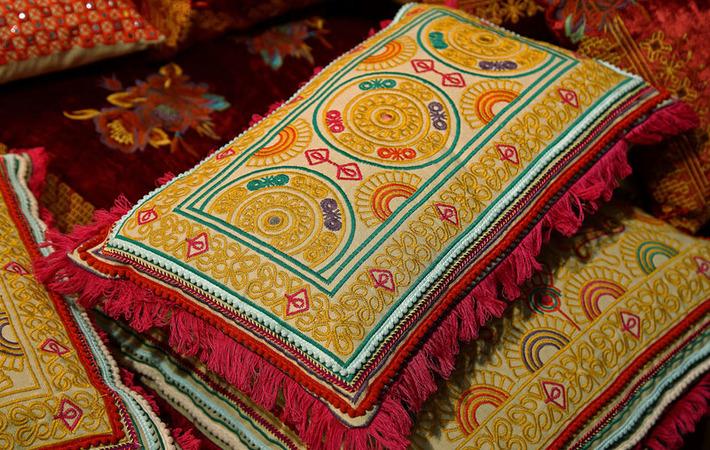 Pic: EPCH
EPCH (Export Promotion Council for Handicrafts), the organiser of second virtual fair on IHGF Textiles, has announced that the fair has concluded successfully. “There were over 1,500 overseas buyers, buying agents, wholesalers and retailers generating serious business enquiries worth ₹270 crores,” Shri Ravi K Passi, chairman at EPCH, said in a press release.
Buyers from 80 countries visited the virtual show with countries like Australia, Argentina, Peru, Colombia, Brazil, US, UK, Spain, New-Zealand, Canada, UAE, Turkey, Japan, Israel, Germany and France had the maximum participation.“Back to back organisation of virtual fairs was result of the pandemic thus enabling the council to provide a viable alternative platform to exporters to do business since the organisation of physical fairs is currently not possible,” Passi said.
“The participants of home furnishing, floor coverings and textiles who have taken part in the show have opined that this virtual platform have provided them the opportunity to survive in the business as the buyers who are unable to travel to any country have also visited the virtual fairs by sitting in the comfort of their homes/offices,” RK Verma, executive director, EPCH said in the release.
Webinars, craft demonstration and theme setting on trends were the highlights of the IHGF-Textiles fair virtual. The exports of home furnishing, floor coverings and textiles these items accounts 25 per cent in the total exports of handicrafts from the country which was around ₹6,200 crore in 2019-20 further.”
"With the successful organisation of two back to back virtual fairs will definitely motivate the other members of the council to take part in 49th edition of IHGF-Delhi fair which is also scheduled to be held on virtual platform from July 13-18, 2020. EPCH has done extensive publicity to invite the buyers from across the world to visit the show through e-blast, tele calling and involving Indian missions and embassies abroad,” Verma added.
On last day of the show, Ajay Shankar Awards for best stands set up at virtual fair were also distributed in home furnishing and floor coverings. EPCH is an apex organisation for promotion of exports of handicrafts from the country and creating brand image of handcrafted products of home, lifestyle, textiles, fashion and furniture magic of the gifted hands in the world markets.

The US-China trade war has not benefitted Indonesia in the short...

Tufts University steps towards sustainability in leather by using silk

Scientists at the Tufts University School of Engineering have created ...