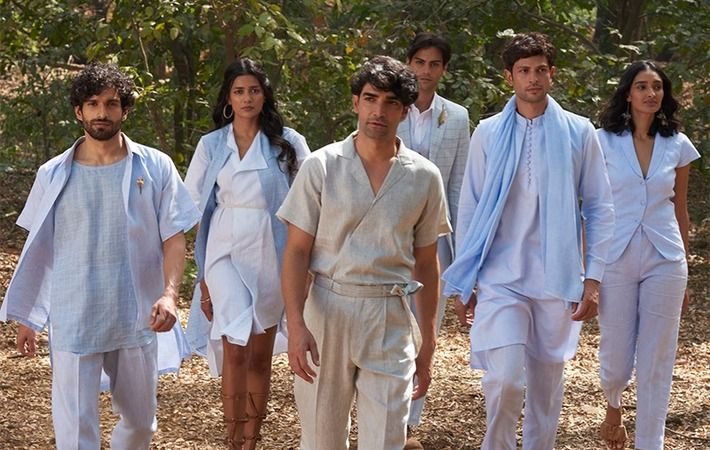 Pic: Raymond Limited
Raymond Limited, an Indian textile and apparel company, has reported 9 per cent revenue growth to ₹1,407 crore in its fourth quarter (Q4) of fiscal 2021 ended on March 31, 2021, compared to revenue of ₹1,291 crore in the same period previous fiscal. The company’s net profit for three-month period rose to ₹56 crore (Q4 FY20: loss ₹68 crore).
“The last financial year has been an unprecedented one and we have been able to conclude it on a positive note in Q4. The quarter witnessed topline growth mainly driven by Branded Textile along with strong momentum maintained in Engineering and Real Estate businesses and overall higher profit margins, led by focused efforts on reducing operational costs,” Gautam Hari Singhania, chairman and managing director at Raymond Limited, said in a press release.
Branded textile segment sales during Q4 FY21 rose 24 per cent to ₹722 crore, driven by higher sales in the trade channels due to higher number of wedding dates foreseen in April-June quarter of current financial year. Suiting business grew 24 per cent and B2C shirting grew 40 per cent over previous year led by good response for wedding collection bookings in February & March, as company reported in the release.
Whereas branded apparel segment sales were ₹175 crore, mainly due to our continued control on primary channel sales to ensure adequate inventory in the supply chain. Garmenting segment sales was ₹126 crore due to recovery in bulk business, with gradual opening up of global markets. High value cotton shirting segment sales grew 12 per cent during Q4 FY21 to ₹133 crore.
"We began the new fiscal with higher number of wedding dates and encouraging consumer footfalls in retail outlets. However, with the second wave of Covid-19 and its intensity, we are witnessing lockdowns across cities thereby impacting sales. We are continuously ramping up our omni-channel capabilities to help serve our consumers across India. With vaccination gaining pace, we expect businesses to regain momentum in due course of time,” Singhania concluded.