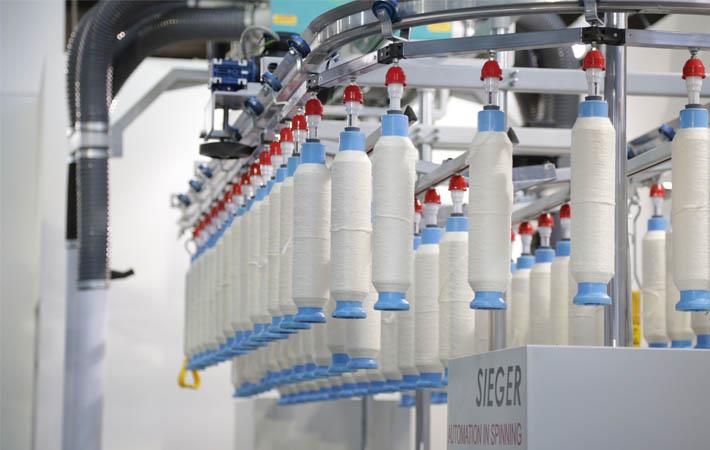 Courtesy: ITMA 2015
ITMA, the trendsetting textile and garment technology platform, will return to Milan, Italy for its 19th edition in 2023, CEMATEX, the European Committee of Textile Machinery Manufacturers, has announced. ITMA 2023 will be held from June 8-14, 2023 at the Fiera Milano Rho exhibition centre, the same venue where the fair had a successful showing in 2015.

The decision to host ITMA 2023 in Milan was taken at the CEMATEX General Assembly held recently. Fritz P Mayer, president of CEMATEX, explained: “We received very positive feedback from ITMA 2015 exhibitors and visitors. Milan has excellent infrastructure for holding large-scale exhibitions like ITMA, which grosses over 200,000 square metres and attracts a global audience. It offers an extensive range of hospitality services and air connections to all parts of the world. Italy also has a large textile machinery and textile making industry.”

Alessandro Zucchi, president of ACIMIT, the association of Italian textile machinery manufacturers, said: “We are very pleased that Milan has been selected to host ITMA 2023. We will work hard with all parties, including government agencies and local partners to ensure another successful show.”

Fiera Milano, which also hosted ITMA 2015, beat two other short-listed bidders out of an initial list of 9 venues. “It is a great satisfaction for us to have brought the top international exhibition of machinery and technology for textiles and clothing back to Italy,” said Fabrizio Curci, chief executive officer of Fiera Milano. “The trust the organisers have placed in us is an acknowledgement of the professional approach and quality services Fiera Milano is able to guarantee for international events hosted here.”

ITMA—the world’s largest textile and garment technology exhibition—has been held every four years since 1951. Considered the ‘Olympics’ of textile machinery exhibitions, ITMA has a 67-year history of displaying the latest technology for every single work process of textile and garment making. The next exhibition will be held from June 20-26, 2019 at Fira de Barcelona, Gran Via venue, Spain.

Space at ITMA 2019 has sold out and new applicants are being put on a waiting list. The exhibition has attracted over 1,600 exhibitors to showcase their latest technologies and sustainable solutions for the entire textile and garment manufacturing value chain, as well as fibres, yarns and fabrics. (RKS)