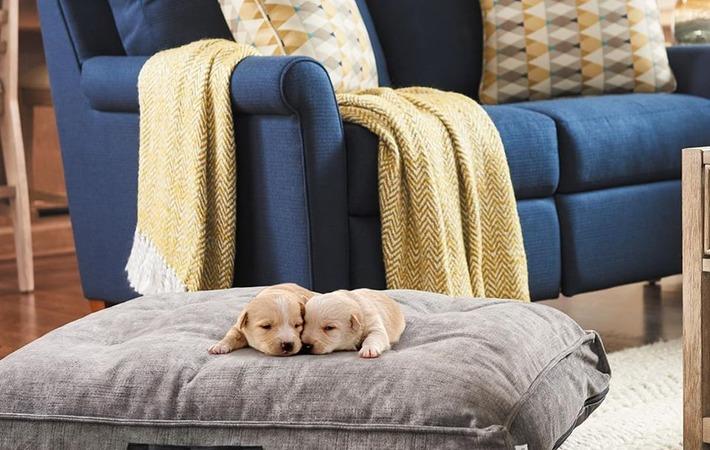 Pic: La-Z-Boy
La-Z-Boy Incorporated, a global leader in residential furniture, posted 2.4 per cent sales decline to $1.70 billion in fiscal year 2020 ended on April 25, 2020 compared to sales of $1.74 billion in previous year. Net income for the year increased to $78.9 million (FY19: $70.1 million). Operating income for FY20 were $118.7 million (FY19: $129.6 million).
Gross profit for the year were $721.4 million (FY19: $702.5 million). Selling, general and administrative expenses remained flat to $575.8 million (FY19: $572.8 million).
Company’s sales for the fourth quarter (Q4) FY20 fell 19.1 per cent to $367.3 million (Q4 FY19: $453.8 million). However, net income during the quarter grew to $3.3 million (Q4 FY20: $1.6 million).
“La-Z-Boy delivered strong performance for 10 months of fiscal 2020 through February.  Our fourth quarter started with a 20.4 per cent increase in written same-store sales for the entire La-Z-Boy furniture galleries network in February, and we experienced other examples of strength across our vast network of distribution,” Kurt Darrow, chairman, president and chief executive officer of La-Z-Boy, said in a press release.
However, the trajectory of sales and earnings growth for the last two months of the year were significantly impacted by Covid-19 and mandated retail closures across North America.”
Upholstery segment sales were down during the year to $1.20 billion (FY19: $1.26 billion). Casegoods segment sales decreased to $106.0 million (FY19: $114.4 million). However, retail segment sales rose to $598.5 million ($570.2 million).
“Moving forward, furniture retailers and La-Z-Boy furniture galleries stores have reopened and we are seeing strong early demand. Our manufacturing facilities have ramped from zero production at the end of April and are moving toward 80 per cent of prior-year production as we head into July,” Darrow said.
While time will tell how these trends continue to evolve, with the inherent strengths of the La-Z-Boy brand and our broad base of retail customers, I have every confidence we will emerge with strength and have the potential for market share gains as the demand environment improves.”

The government of Australia has earmarked Au$1 million to promote and ...

The import of textiles and apparel by the United States increased by...