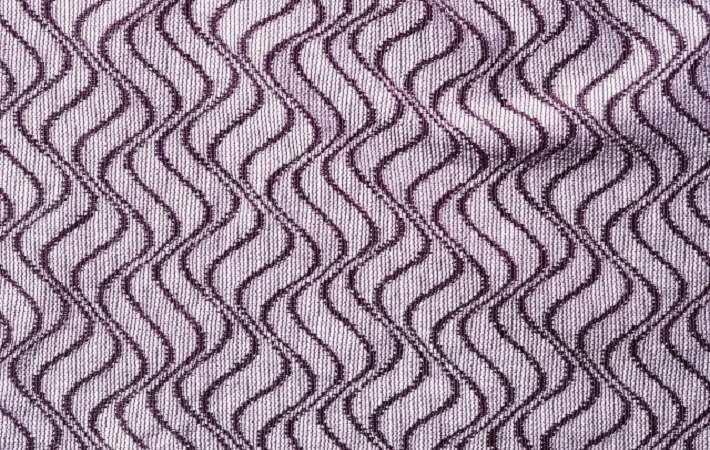 Warp knitted fabric made from Tencel produced by LE Textile. Courtesy: Karl Mayer
Wrap knitting specialist LE Textile (previously known as Elastic Textile Europe) has developed a special collection based on Tencel lyocell fibre, offering a soft, supple handle, the typical look of a natural fibre product, and outstanding comfort. These soft fabrics also offer advantages for the environment.
Focusing on the environmental aspects in its use of materials and production processes, LE Textile first used Lenzing’s Tencel fibres, instead of eco-cotton, in 2014. The first prototype was premiered at Interfilière in Paris in July 2014, and other production-ready products were shown at the next Interfilière in January 2015. Many conversations were held at these fairs concerning the collections made from Tencel. Many new ideas gathered from these conversations were incorporated into the further development of the Tencel collection. The fabrics so developed were shown in the Show Room at the Fabric Start exhibition in Munich in February this year.
Lace raschel machines and high-speed raschel machines in the RSE series are used to produce the extremely comfortable, environmentally friendly fabrics made from Tencel fibres. Top-quality spun yarns having first-rate mechanical properties are used. These ensure that fibre fly does not cause any problems during processing.
The previously used Dorlastan Type V550 elastomer was used to provide elasticity in the sustainably produced warp-knitted textiles. This product from Asahi Kasei was granted the Environmental Compatibility Certificate by the Hohenstein Laboratories in November 2013. A special line in the collection also contains polyamide to ensure that the fabrics can mould to the body.
Five types of innovative fabrics can be produced from the yarns, and their samples will be shown at the next Interfilière fair from July 9-11, 2016, in Lyon, at stand number 5L41 in the Fabrics section.
The innovative fabrics include smooth, two-way-stretch fabrics having a dense surface and soft handle, produced on an RSE raschel machine in a gauge of E 28; lightweight, all-over-patterned lace produced on a lace raschel machine in a gauge of E 24; tulle having two different performance profiles, depending on the percentage of elastane used, and exhibiting a distinct, natural look, also produced on an RSE raschel machine in a gauge of E 28; raschel-knitted fabrics with geometric patterns and two-colour effects produced by the package dyeing of polyamide and Tencel; and fabrics with a ribbed construction on the surface and two-way stretch, produced on an RSE 5 EL in a gauge of E 28. (RKS)